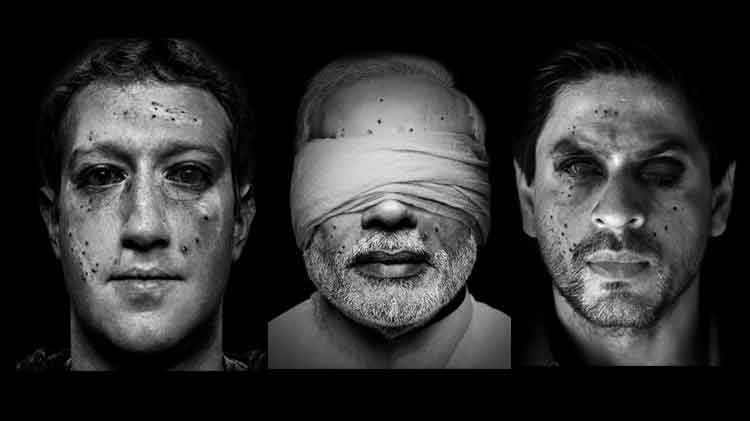 Published under the umbrella of “Never Forget Pakistan“, a welfare society which works to create positive narratives and do advocacy on human rights, Jibran Nasir said that he used familiar faces to put the state of Kashmir in perspective.

“The stories in the letters are real. The names signed under the letter are real. Just the victim you see in the picture is not real. Does that make the tragedies more important?”, mentions “Never Forget Pakistan” alongside the pictures where they are posted on Facebook.

“Why do we need to glamorize a tragedy in order for people to pay attention”, is the real question these pictures are asking.

Campaign is primarily against the way Indian Police is using “Pallet Guns” to blind hundreds of Kashmiri while killing more than 70 souls.

Campaign is using celebrity faces to not only to gain masses’ attention but also to condemn the silence of these high-profile individuals who are usually the companions of human rights but are conveniently silent over the barbaric use of force in Kashmir.

Campaign also condemned Facebook for using its “pick and choose policy” which conveniently censors posts highlighting the plight of the Kashmiris and later excuses itself by calling the censorship a “mistake”.

You can share these pictures to spread the message and let the world know the stories of Kashmiris who are being silenced by the global giants.