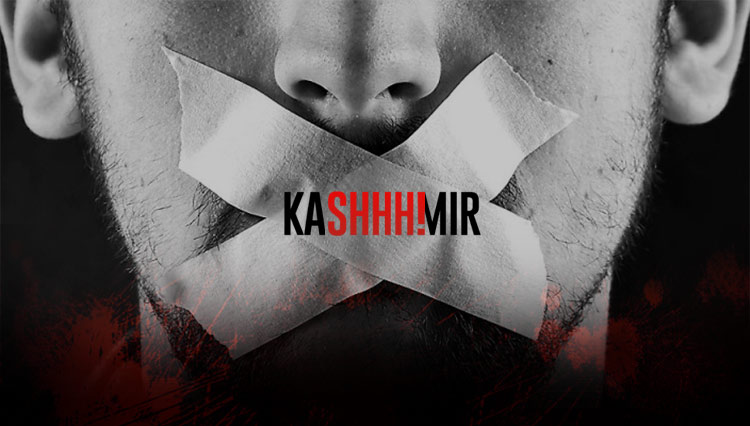 Over the years, we have seen Facebook going by double standards, targeting Muslims while allowing others to use its social network for anti-Islamic activities and targeting the Muslim community. However, this time, they might have gone too far.

Facebook has censored hundreds of posts, status updates and taken down several user accounts after the death of Burhan Wani, a leader of the Kashmiri freedom fighter movement. He was recently killed by the Indian army on 8th July 2016. Soon after, 30 more innocent people were killed who were protesting against his death.

Actions of the Indian Authorities

The Indian authorities jammed mobile phone coverage, landline phones and internet services in the whole Kashmir region except Srinagar. The police raided newspaper offices and seized hundreds of thousands of printed copies to prevent the news from spreading. And an indefinite curfew  was implemented (still-ongoing) and all communications were blocked for three whole days.

While something like this is expected from the Indian authorities, who have a tyrannical control over the Kashmir region, it was not expected that Facebook would jump in and censor content with a political context.

Several academics, journalists and fan pages of local newspapers had videos, photos, status updates removed from their accounts that were related to the current disturbances in the valley. Facebook even blocked some of the accounts or deleted them entirely.

Several people, including a PhD student and a Kashmiri Professor of Cinema & Terrorism in California have confirmed that their accounts were taken down after sharing the picture of Burhan Wani’s funeral.

There is a very long list of people who have evident proof that their accounts or posts were taken down without any satisfactory reason. Kashmir Monitor, a newspaper, shared a video of Syed Ali Shah Ghelani condemning the death of Wali, which was removed despite committing no violation of Facebook terms and conditions.

Facebook – where haters & bigots flourish but this post of mine on #kashmir shared by 600+ removed & I blocked. pic.twitter.com/QgvcK0G8P1

Reply to face book You Block me no problem its against freedom of writing and post –i will keep talking kashmir pic.twitter.com/2YXPOCtlbJ

People turn to social media for information when all other sources of information are blocked. As it stands, Facebook calls itself a neutral platform where anybody throughout the world can join and share their views, as long as they don’t damage or hurt anyone else.

Yet Facebook continues to propagate anti-Islam propaganda, siding with those who oppose Muslims and targeting them by blocking their social media activities in any sort of crisis situation.

Facebook even sided with the people who introduced Draw Muhammad Day. Their Facebook pages were not taken down despite thousands of complaints from around the world. Similarly, we saw a page mildly against the Holocaust taken down.

There are literally hundreds of pages against Islam, Muslims, Allah and Muhammad (PBUH), yet we don’t see them getting blocked any time soon. You might remember how Mark Zuckerberg specifically targeted Pakistan and Muslims after Paris attacks and said that he wants Facebook to be an open place even if it hurts a few people’s feelings. Still, you can’t say anything that hurts Christians or Jews. We called for the people to wake up back then as well.

Last year, we also saw that Facebook has uneven support for global tragedies. The company claims it is a global network with 1.59 billion users from around the globe. Facebook launched a flag filter and Safety Check for Paris, but there was nothing for Beirut just one day before that.

Is Facebook not aware that Kashmir is a disputed region, claimed by two countries? If India calls someone a terrorist while the other country calls him a freedom fighter, why is it that the non-Muslim’s point of view is taken into consideration?

How is it that Facebook can mark something as terrorism when an entire nation is struggling for it? Who is the real terrorist, the one who has illegally taken control over people’s lives and rules them by force, killing all those who take a stand, or the ones who are yearning for their freedom from an external force?

In solidarity with our Kashmiri brothers, Pakistan is holding a Black Day today over the killings of over 30 innocent people in the past few days and several thousand since the takeover. We stand with Kashmir even if international fakers like Facebook side against them.

You might have noticed that our media is shush on the matter. There’s no story, no coverage of such an important matter. Whether its print media, online publishers or our television channels, none have reported this nor have they made it their priority. You don’t see them making headlines out of the cruelty that has befallen our brothers.

Is this our media or India’s media? Several people have been brutally murdered and this news takes less priority over some trivial matter like an Indian movie song? In the past few years, ever since private news channels have gone mainstream, how often do you hear about what happens in Kashmir? How often do they mention the people murdered there without a reason?

This makes it clear that our private media isn’t as unbiased as we had thought. It was their duty to report news about Kashmir just like the rest of Pakistan but perhaps there is some force which has asked them not to share anything about Kashmir unless it is so important that it cannot be ignored without raising suspicion.

It is the media’s role to relay all news related to the whole nation, which includes Kashmir.

We Have to Take a Stand

Facebook is not neutral and it is not global. The partial freedom of speech which is only available for some is what Facebook stands for. If we want it, we will have to make a case and a very strong one to get Facebook to enforce its regulations for equally for everyone.

Is it justified to take down accounts if there’s even a mention of someone who Facebook considers to be a terrorist? If that is indeed the case, we don’t see Facebook taking down posts and pages when you share anything related to Osama bin Laden or the top ten most wanted people in the world. Why is it that only posts related to Kashmir were taken down?

It is time we take a stand against Facebook, the Indian forces and anyone else who sides with the brutality going on in Kashmir. We ask our readers to support Kashmir and be with them in their time of need.