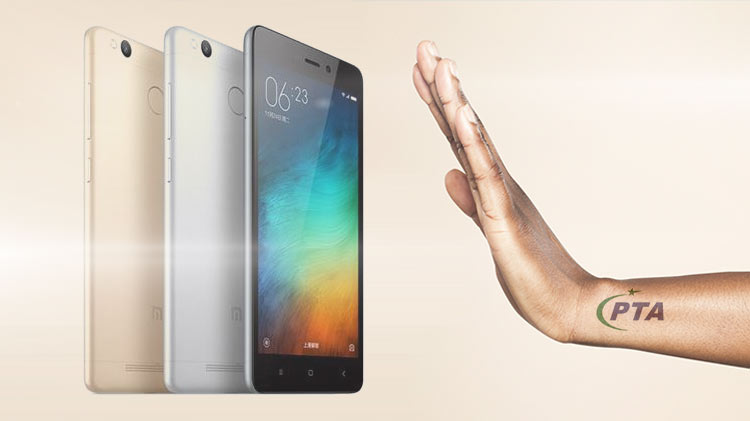 As ProPakistani first reported earlier this week, Pakistan Telecommunication Authority asked XiaomiPK.com to not to sell Xiaomi smartphones in Pakistan.

Since then, various media outlets and Xiaomipk.com, a privately run ecommerce website having no affiliation with Xiaomi.Inc., started implying that PTA was unfair in banning Xiaomi phones and that there are some hidden forces that are trying to block Xiaomi from coming into Pakistan.

Clearly this is not the case, as we reported in our original news story. However, we think there’s a need for more clarity on the entire incident to be black and white about what happened and what didn’t.

To begin with, here is how handset business is done in Pakistan.

What Happened in Case of XiaomiPK.com?

Lulu, the administrator and main guy behind XiaomiPK.com, confirmed ProPakistani that his firm didn’t know the process and that an email from Mr. Nouman Khalid from PTA told him that sale of Xiaomi phones is not allowed in Pakistan.

Mr. Lulu said that this was when XiaomiPK contacted a legal firm based out of Islamabad to obtain the type approvals. However, they never applied because the legal firm they had hired told them that earlier attempts for getting type approvals from PTA went in vain.

As a result XiaomiPK never applied to get type approvals, and instead posted PTA’s letter on its website.

Attempts for Getting Type Approvals for Xiaomi Smartphones in Pakistan

While we have mentioned above that there were attempts made by some vendors/distributors to get type approvals for Xiaomi phones, but they remained unsuccessful.

Khurram Mehan, a spokesperson at PTA, confirmed ProPakistani that only one vendor has so far applied for type approval for Mi 4i model on April 8th, 2016.

“As part of evaluation process the device documentation was reviewed and Operating System(OS) Testing was performed.

During evaluation it was revealed that Mi 4i device has certain features which are not in accordance with the required specifications and legal provisions, therefore, type approval has yet not been granted”, Khurram Mehran, Director PR, PTA

Mr. Mehran further told ProPakistani that PTA, along side rejection letter, communicated the vendor to modify the phone features that were not complying standard and to re-sumbit for Type Approval.

“The vendor never approached PTA again on the matter”, added the spokesperson.

Regarding XiaomiPK.com, Mehran told that PTA received a complaint on 22 July 2016 that this e-commerce store was being operated from China and was selling smartphones in Pakistan without any kind of Type Approval. Furthermore,  the smartphones were being imported through grey channels according to the complaint.

PTA made contact with the website administrators and asked them to obtain Type Approval as soon as possible for the devices and that they must not sell phones until type approvals are granted.

“The website was directed to abstain from sale of non-type approved devices via grey channels within the territory of Pakistan, in case the company wishes to commercially sale/market these devices, they must apply for type approval”, PTA Spokesperson.

Unlike what PTA asked the website to do, it instead posted email ID, Personal details of PTA officials along with a misrepresented message reflecting that PTA purposely has stopped the sale/marketing of this device in order to create an outcry/hype.

Who is to be blamed now?

Clearly the e-commerce store is to carry the blame for selling phones without regulator’s approval. If they really want to get Xiaomi phones in Pakistan, which can eventually lead to Xiaomi considering entering Pakistan officially, they need to comply with the policies of PTA.

This is how it is done around the world. A recent example of OnePlus should be taken into consideration, where the world famous brand had to quit the Indonesian market because the law there requires imported 4G phones to contain 30 percent locally sourced components. Alternatively, foreign phone makers can invest in R&D or use local software to meet the requirements. OnePlus didn’t comply and had to quit the market.

As mentioned above, PTA’s door are still open for XiaomiPK to get type approvals and start selling Xiaomi Smartphones in Pakistan again.

Until then, they can’t sell Xiaomi smartphones here.

Future of Xiaomi Smartphones in Pakistan

Other than one vendor who applied for type approvals, also mentioned above, our sources suggest that different companies and individuals have been trying for the past one year to bring Xiaomi phones in Pakistan. But most of them are not familiar with the process of obtaining a “Type Approval” and they don’t even have the authorization from the original company in mainland China.

Unless type approval is granted, even to a single vendor, there’s no way for Xiaomi phones to be sold in Pakistan.

It merits mentioning here that not all vendors/distributors need to obtain type approvals separately, one type approval will enable everyone to sell the phones in Pakistan, which hasn’t been granted as of yet. And hence Xiaomi phones can not be sold in Pakistan.

Similarly, individuals who buy it from AliExpress or other Chinese stores can’t get it cleared from customs as well.

Now those who think that current players in the smartphone market don’t want Xiaomi to take their share and that they are influencing the authority to keep Xiaomi away, can contest with PTA on conflicting specifications.

Xiaomi, or anyone else, can even move courts to be sure that PTA is unbiased.

Another fact to be considered is that Xiaomi itself never tried to enter Pakistan market. A couple of years ago Hugo Bara, VP Xiaomi, outlined the global expansion plan till 2018 but Pakistan was never part of his expansion map.

In another scenario, if a middleman tries to sell Xiaomi smartphones in Pakistan then prices are likely to increase which will ultimately kill the sole unique selling point of Xiaomi smartphones. Moreover, middleman can’t guarantee after-sale services, meaing that customers won’t get any benefits value addition for the money they will spend.

Unless Xiaomi doesn’t enter Pakistani market officially, which is unlikely till 2018, Pakistani consumers will have either wait or pay high for Xiaomi phones in Pakistan that too after some is able to obtain the type approval for Xiaomi smartphones.

XiaomiPK.com has seemingly wrapped up its operations.