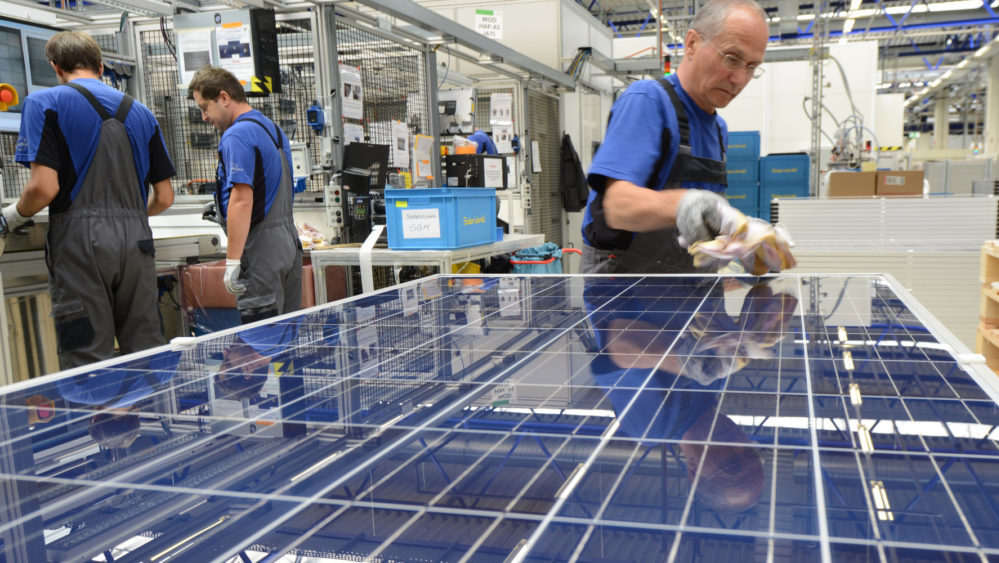 A group of Korean investors met with the Amena Cheema, CEO of Punjab Board of Investment and Trade (PBIT), and signed a Memorandum of Understanding for the purpose of making a solar photovoltaic panel production plant.

According to the agreement, the Korean company CK Solar will formulate a plan and send it to PBIT for servicing and facilitation. In addition to solar panel production, the company also aims to establish a solar power plant, both in Faislabad.

The delegation from Korea included

CEO PBIT introduced the delegation to the representative of Faisalabad Industrial Estate Management and Development Company which will provide the Korean company with the land they need in Faisalabad M-3 Industrial City.

Dr. Choi, CEO of CK Lab thanked the PBIT for offering them the land and facilities they needed to construct the solar panel production plant as well as the solar power plant.

Solar energy may be the answer to Pakistan’s energy crisis due to the abundance of sunny days in most areas in Pakistan and requiring no cost/fuel to run the plant. The only problem is the investment which can be remedied thanks to foreign investment opportunities similar to this one. Experts say that if the energy crisis is resolved the country’s GDP can be increased by as much as 2% every year due to exports, additional power production and employment.

Pakistan’s recent market status being changed to emerging market will help bring even more foreign investors like these to help facilitate the economy of Pakistan.