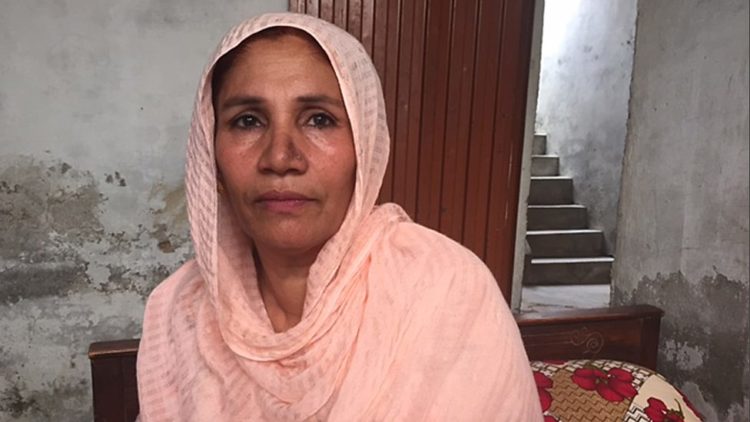 You know what they say about glass ceilings? That they exist just so that someone somewhere will eventually break it?

This is how Shamim Akhtar can be summed up, a lady who is also known as Pakistan’s first female truck driver. Her journey to driving heavy duty vehicles like trucks, a task that is mostly relegated to the men in Pakistani society, has not being easy. 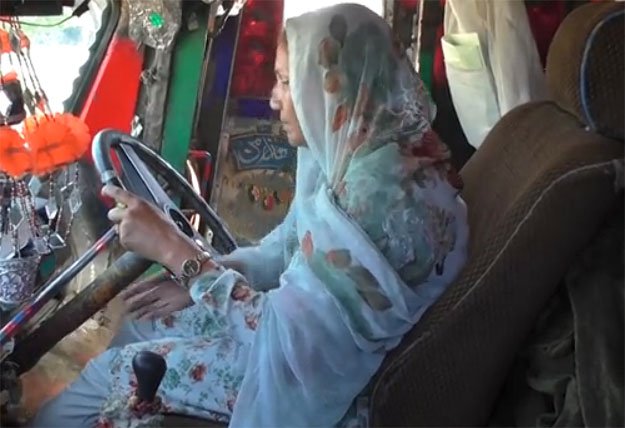 But it certainly is an inspiring tale of courage, of overcoming the various cultural and societal barriers that exist in Pakistan. Rawalpindi-based Shamin Akhtar’s journey is proof that some glass ceilings are really meant to be broken.

Shamim Akhtar and Her Humble Beginnings

“Nothing is too difficult if you have the will, however if women make themselves believe that they can’t do certain tasks then nothing works for them.”

This is how Shamim, a 53-year-old single mother, sees herself and other Pakistani women who want to be better despite the numerous odds they face in their lives. Married off at 17 years, she quickly found out that she had to fend for herself and her children.

In the face of considerable financial hardship, Shamim relied on her own intelligence and strength to take care of her children and marry off her eldest daughters. Her husband was never around, and left her for another woman.

To earn a decent and respectable livelihood, she started working, and proved to be adaptable to various trades in time. Jobs were hard to come by, but her ingenuity and intelligence served her well, as she made a start as an insurance policy salesperson for Rs.800 and then eventually moved to sewing and embroidery. She proved to be a quick learner and eventually became a sewing teacher at a school run by a local charity.

Shamim’s Journey to A Truck Driver

But Shamim, ever the quick learner, wanted to get a job that could provide for the needs for her family.

She credits the Islamabad Traffic Police training course for showing her the possibilities. This is what led her to eventually drive a truck, a task that requires excellent road sense and training to be eligible for. 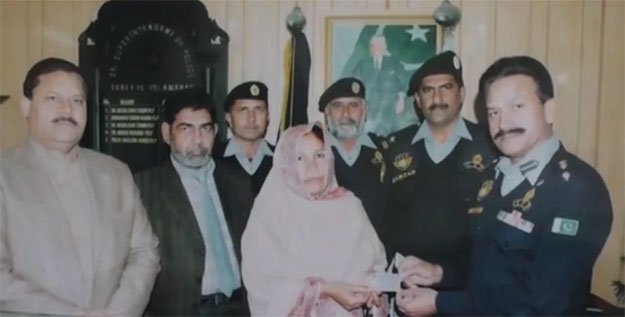 She worked hard and passed the driving tests, first for the Light Traffic Vehicle (LTV) driving licence, and then for a Heavy Traffic Vehicle (HTV) licence. For her efforts, she was granted a public service vehicle licence finally, making her the first Pakistani woman licensed to drive trailers, tractors and trucks.

Her work is grueling too, seeing how her journeys also involve her transporting 7000 bricks from a factory in Rawalpindi to AJK, a distance of 200 km between the two destinations.

She also operates a driving school, with many students who consider her as a role model and a mother.

She also applied for the Rawalpindi-Islamabad Metro service, but unfortunately, she became victim to the discrimination that still exists in our society. She was told that even though she cleared the tests, they didn’t have room for a female driver. This is what led her to try her luck as a truck driver, a job that earned her as much as Rs. 1,000 per trip.

This unsung Pakistani heroine’s story is still ongoing. She, on the advice of her manager at the sewing school she worked at, took up the task of completing her education. She has appeared for her Matric exams four times, and she still needs to clear some papers.

But as Shamim’s admirers would tell you, she never gives up until she achieves her goal. Tales like hers serve as an eye-opener for us, of how anything’s possible if one has the will, determination and motivation to do it.

We wish Shahmin Akhtar all the best in her future journeys.