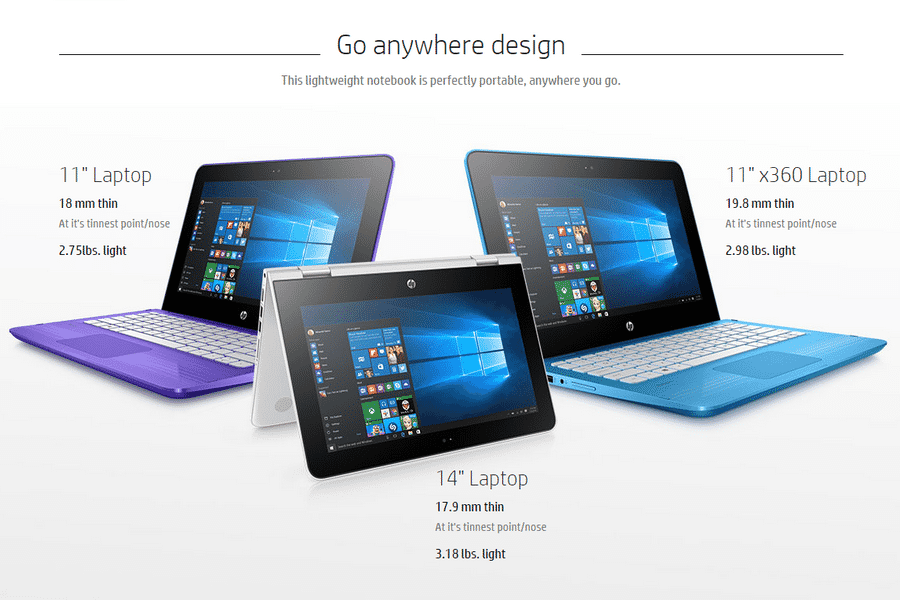 HP’s Stream laptops are Windows’ best answer to Chromebooks. The battle could get tougher as the company unveils its lineup for 2016.

Better equipped models come with WLED-backlit HD touchscreens with anti-glare. The non-hybrid models will be available in white, blue and purple colours.

The Stream x360 is the only hybrid in this lineup, and can be used in laptop, tablet, standing or tent modes. Its touchscreen does mean that its aesthetics have taken a toll, too, being 0.78-inch thick and tipping the scales at 2.98 pounds. It has a special black version, too.

For education customers, there’ll be a special Stream 11 Pro available for later on, with a 4 GB RAM and 64 GB space configuration.