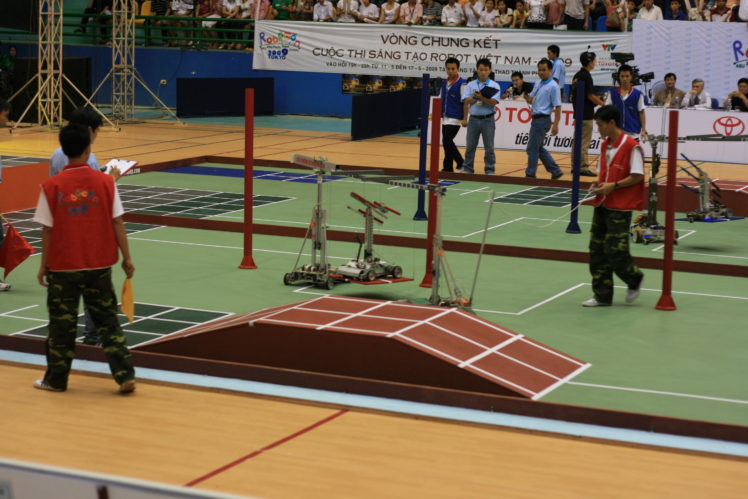 Robocon is one of the biggest of robotics competitions in Asia. It is held by the Asian Broadcast Union, inviting teams from all over Asia to show off their robotic projects.

Pakistan is also one of the participants at the event. Read on to find out which team was selected to represent the country.

A team from a country is selected after a locally organized competition between local teams. Pakistan Television (PTV) was responsible for the competition here.

The team from Center for Advanced Studies in Engineering (CASE) was selected to represent Pakistan. Their project was reviewed by a team of judges, and they were considered as the best to represent the country at Robocon 2016.

The team from CASE will be heading to Bangkok, Thailand on Friday for the main competition. It will start from Sunday 21st August till Thursday August 25th.

Each year, Robocon has a different theme for the competition. This year, renewable and clean sources of energy was the central theme surrounding it.

This means that all participating teams have to rely on renewable sources of energy to power their robotic creations. You can check out what this year has in store for the robotics competition here: