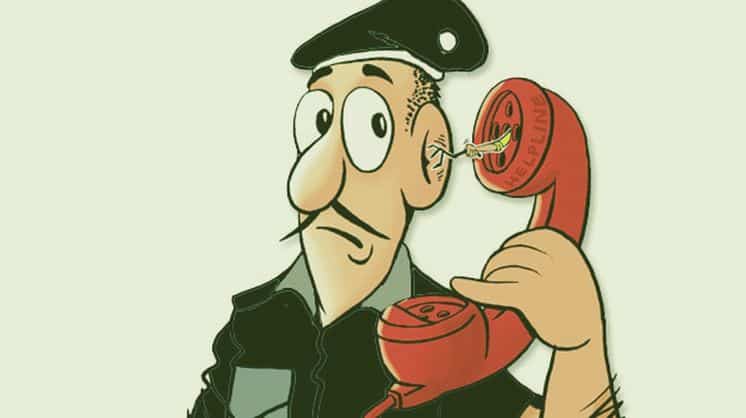 National Counter Terrorism Authority (NACTA) has set up a helpline, 1717, where citizens can report any suspicious activity they see. The helpline was launched to improve security for the citizens by sourcing information from the public. However, the helpline dedicated to stopping terrorism has become subject to the public’s pranks.

One type of callers waste the operators’ time by asking irrelevant questions like their marital status or making marriage proposals. Sometimes mothers have used the helpline to stop their kids from crying.

The other type of callers try to prank the officials by claiming false information. Some callers inform the operators that they are planning an act of terrorism while others make claims of planting bombs in important places of the country.

According to the Telegraphic Act, such callers can be prosecuted under the penalty of law for up to three years in prison. One caller in April claimed to have fitted bombs in Parliament House, Saddar Rawalpindi and a five star hotel in the area. He was apprehended and is facing charges for the prank call and under the Anti-terrorism Act.

The figures and details were revealed in NACTA’s internal monthly meeting chaired by the National Coordinator Ahsan Ghani. The members were informed that NATCA is facing a shortage of resources and is facing difficulty maintain the helpline.

He was also informed that 75 SIMs were used to make over 50 prank calls each. These SIMs, used for bogus calls, have either been blocked already or are in the process of being blocked by the PTA.

NACTA has also set up a caller tune which tells the caller of the consequences of making any fake calls. They are warned that legal action will be taken against them if such an act is carried out.

Yet again, a service was set up to save lives and receive critical information but Pakistani citizens found it fun to waste time and precious resources by making prank calls. While these foolish people are wasting the operators’ time, someone with real information could be waiting in the queue. Such a prank could become the cause of death of several people. We request our readers to avoid such activities, no prank is worth the lives of others.