The system used an algorithm to determine which topics were being talked about most (even though they didn’t always seem right) but what made them descriptive was their human element, i.e. a description beneath the name of the topic. Only one problem here. Those descriptions were being written by one of Facebook’s human curators, which opened a potential degree of bias. 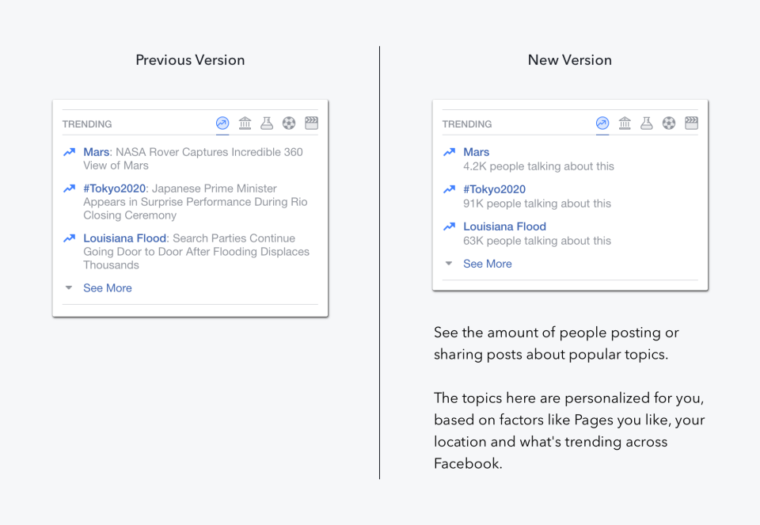 Following the backlash and allegations of left-wing bias, the company has decided to ditch this part altogether and will instead only be showing the name of the topics which are trending.

To know more about the topic, users can hover over its name to see the top news story and click on it to get further information and developments. The articles which you’ll see will be curated based on the volume of traffic and generated algorithmically.

Beware that the human element is not entirely gone, as there will still be curators to make sure that the topics trending remain high quality rather than being dull and talked about (like #lunch). In that it is not free of bias but we guess there is still some way to go for humanity to get rid of #lunch.

The list is still personalized and provides information based on your preferences, location and favorite trending topics which is expected.