On Monday, Pakistan Electronic Media Regulatory Authority (PEMRA) issued a show cause notice to Geo News for airing an unverified and misleading report regarding Pakistan’s Ambassador to the US, Jalil Abbas Jilani.

The news channel had reported that the White House had reprimanded Pakistan’s Ambassador for the country for tweeting pictures with the first lady, Michelle Obama, without official consent.

According to  Geo’s report, this was confirmed to Pakistan’s Washington Embassy and Foreign Office in Islamabad via a letter and that the photographs were already removed due to US administrations’ concerns.

According to PEMRA notice “As Geo News in its August 30, 2016 8:00 AM bulletin ran an unverified report maintaining that Pakistan’s ambassador to US Jalil Abbas Jilani was reprimanded by White House over a tweet posted by the ambassador after FLOTUS’s Pakistan House visit, through a letter to Foreign Office Islamabad and the country’s Washington Embasssy.”

PEMRA took action over the report after Jilani wrote to the PEMRA Chairman that not only had Geo News tarnished his name and misled the people of the country, but also allowed international media to defame Pakistan. The story was picked up by the Indian media, which further misused the report to start a propaganda against Pakistan. Indian channels reportedly termed it a ‘Global snub for Pakistan’.

Pakistan’s Embassy in Washington immediately tweeted regarding the fake news:

No such letter has been received in our Mission in Washington or Ministry. It is nothing but a figment of the Reporter’s own imagination.

Baseless Report regarding Pakistan’s Amb to the US reg a letter of displeasure from the WHouse to is completely incorrect and baseless.

Due to the private channel’s unethical reporting, the nation was shamed globally, said Jalil in his letter. He asked PEMRA to take action against the media group so that something like this never happens again.

PEMRA’s regulations state that the channel could face a fine of around Rs. 1 million or have its license cancelled. Geo group has been provided with one week to send a proper response explaining why it aired the news. If PEMRA finds the response unsatisfactory, any one or both of the above mentioned penalties could be implemented.

The news channel has also been notified to air an apology regarding the misleading news.

The show cause notice is attached below: 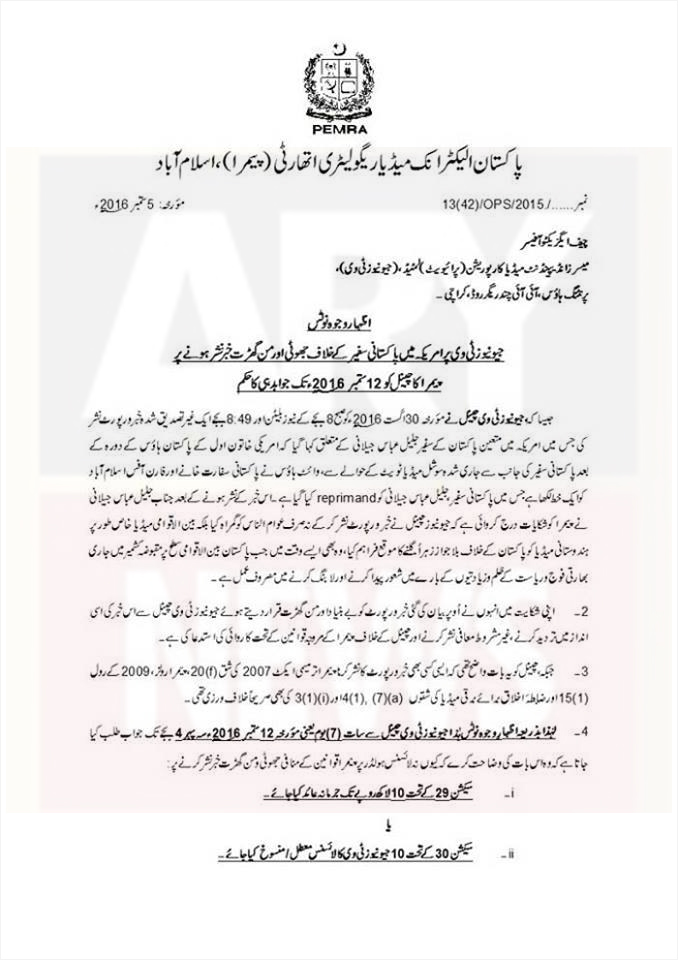 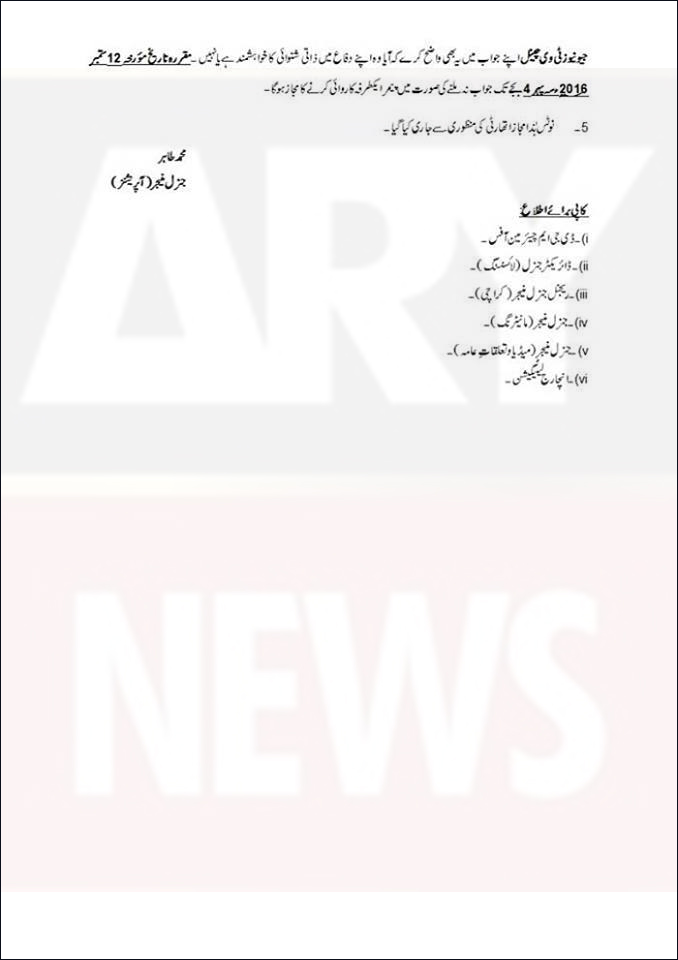