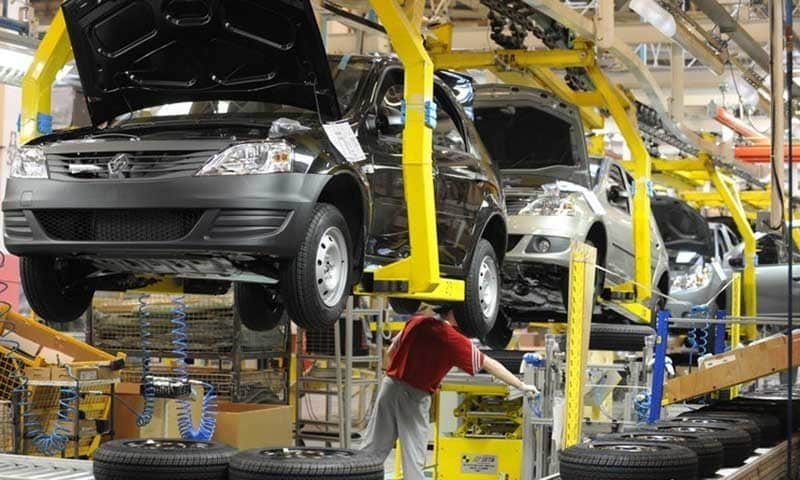 The demand of passenger cars surged again in the country as the sales of locally assembled cars witnessed a significant growth of 25 percent during August 2016 when compared with July 2016 figures.

According to the statistics released by Pakistan Automotive Manufacturers Association (PAMA), the local assemblers sold out 15,170 passenger cars of different models in August 2016, up from 12,147 units that local car makers sold in July 2016.

PAMA said that during both months of ongoing fiscal year local car makers sold a total of 27,317 units of locally assembled cars.

Stats said that Industry Motor Company, Pak Suzuki and Honda remained the major contributors in sales during the reported time.

Comparing July and August 2016 figures with last year’s corresponding duration showed that car sales dropped 6 percent, however local assemblers believe that decline is temporary and seasonal due to extended vacations of Eidul Fiter in July.

The year-on-year decline is also attributed to the Apna Rozgar Scheme by Punjab Government that ended in the last financial year.

Officials at local companies are super optimistic to witness constant growth in cars sales during rest of the year, mainly because of high demand among customers, low prices of petroleum products and affordable leasing at lower interest rates.

It is pertinent to mention that local automobile companies witnessed record sales in domestic history during financial year of 2015-16, depicting that the demand trend for local car remains high in the domestic market.

The segment of high-end locally produced cars drove the overall sales of passenger cars as Toyota Corolla remained the first choice of Pakistan, which is also the bestselling brand in Pakistan.

It is followed by WagonR, which also saw a significant popularity among public showing its rising sales in Pakistan.

While Suzuki Mehran is very old brand but it still remains the second bestselling car in Pakistan. It is also the only locally assembled car in under 1000CC segment.

A majority of people having limited affordability also go for imported cars from Japan and Thailand when it comes to small under 1000CC cars.

The growth in the sales of Suzuki Bolan was also witnessed as this brand was part of the Punjab Apna Rozgar Scheme besides Suzuki Ravi Jeep.