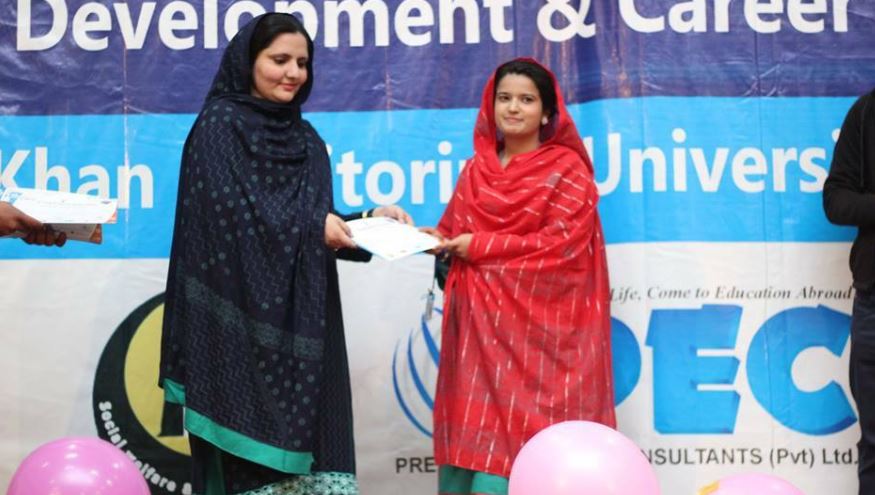 Pakistan’s youth is brimming with talent and a thirst to prove themselves and yet, a lot of that talent rusts away in the shadows, held back by stereotypes and decades-old views. But every once in a while, there is that one gem that shines too bright and breaks through.

Meet Sheikh Wajeeha Zamir, a self-made entrepreneur who fought the social stigma around working women in the province of Khyber Pakhtunkhwa to become the province’s first female wedding planner. Not only that, she is also a social activist, a trainer, a teacher, and holds an MBA, to name a few of her credentials. 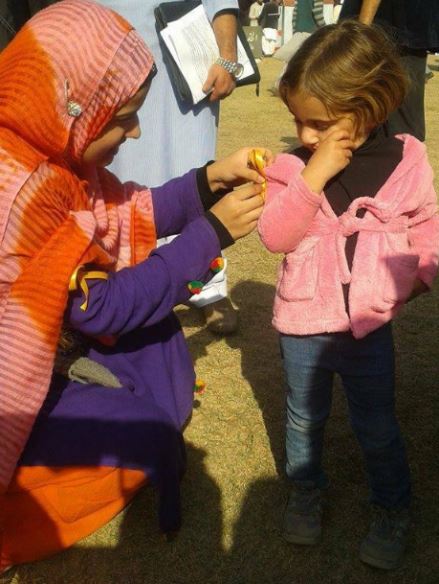 Wajeeha grew up in a society that was not in favor of girls taking part in social activities. Her interest was in sketching, drawing and arts, and she wanted to be a wedding planner.

“When there was a wedding in our family, they used to call me to help them plan,” says Wajeeha. “It was my passion but I couldn’t tell anyone because it was a weird feeling that I wanted to be a wedding planner.”

Even though she wanted to study Fine Arts, her parents wanted her to pursue Mathematics. Her siblings were gold medalists in their own fields so she was thought as ‘the dumb one’ in the family. She ended up getting a Bachelors in Mathematics but couldn’t curb her fascination with arts.

“Where I live, girls are not promoted to do these things. They don’t even get permission to leave the house alone,” she said.

Wajeeha was also interested in social work from the start. Apart from being her College Proctor and University GR/Proctor, she used her time to teach students using the internet. During her FSc days, she started an online education system to teach students in rural areas. The only problem? Her students did not have internet connectivity there.

“I used to teach 20,000 students from rural areas. They had no internet accessibility there.”

That didn’t stop her. Her students could get the entire lecture from Wajeeha on their cellphones via Pring, a free online service for sending SMSes. Given the huge gap in internet connectivity between Wajeeha and her students, a little bit of ingenuity helped them.

After she completed her Bachelors in Mathematics, she realized that she couldn’t suppress her passion any further. She finally managed to convince her parents to let her take admission in MBA to help her in her passion as a wedding planner. Even though no one in her family was happy with her decision, she got herself enrolled in the MBA program from Institute of Management Studies, Peshawar.

Finally doing what she loved, she started getting more opportunities to do some social work as well. She enrolled 50 children, previously involved in child labor, to primary level of education and also facilitated thousands of youth of different institutions.

Adept in the art of declamation, she has won All Pakistan declamation contest award. She now has more than 90 certifications in different skills and training, which include participation in numerous education programs and conferences, volunteering at social organizations, and even a third prize in a skiing competition at Malam Jabba. 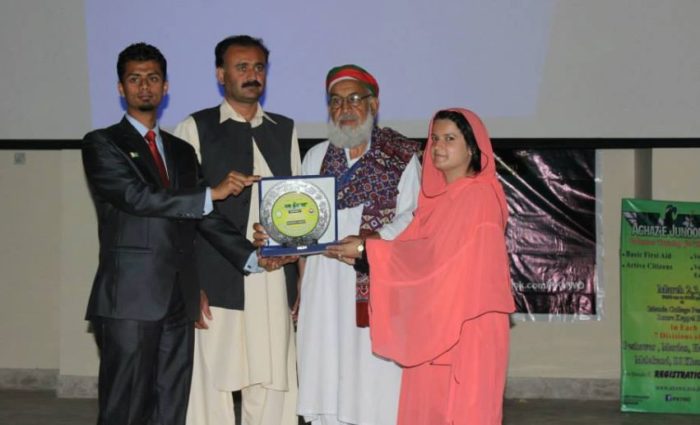 Currently, Wajeeha works as a Wedding event planner and can be reached out on her Facebook page. She is also a facilitator at DOST Foundation, a non-profit organization and is working on a project titled ‘Take A Child to School’ by the British Council. Even now, she says that she is far from her dream and has a long way to go.

I have to do a lot to achieve my targets but at least all my achievements have made my family and parents proud of me and I have made them realize that not every child is born to be an engineer or doctor and it doesn’t mean that they are not competent,

When asked about what message she would like to give to her fellow Pakistanis and women like her, she said,

Women are the real architects of society. If they are ambitious and daring, there is nothing that can stop them from getting what they want.