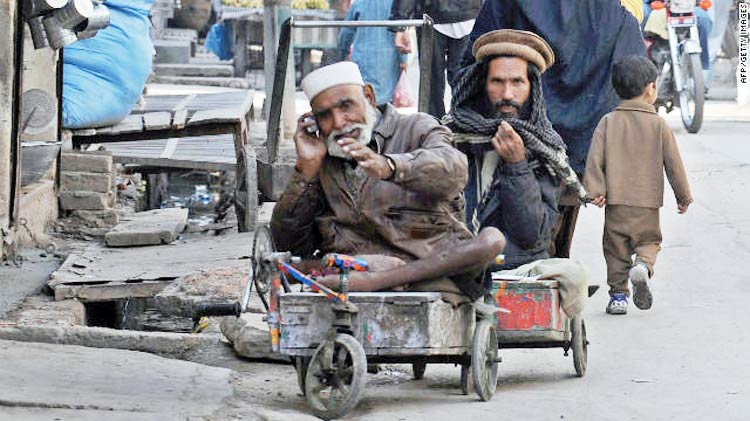 Information technology and telecommunication is one of the basic human rights. But here in Pakistan it is considered as a luxury item and is taxed heavily that has been negatively effecting the sector growth, said Minister of State for Information Technology and Telecommunication Anusha Rehman while briefing a parliamentary panel here on Monday.

The Ministry of Information Technology and Telecommunication while expressing reservations over high taxation on the telecom sector, urged the federal and provincial governments for rationalization of taxes on the sector.

The National Assembly’s Standing Committee on IT and Telecom met with Capt (R) Mohammad Safdar in the chair here on Monday to discuss taxation on telecom sector.

The Federal Board of Revenue (FBR) informed the committee that Rs 43 billion was collected as Withholding tax and Rs 2.7 billion Federal Excise Duty (FED) in 2015-16. Tax collection by provinces under the head of GST is excluding these numbers.

The committee observed that telecom is one of the heaviest taxed sectors in the country and subsequently constituted a sub-committee to come up with proposals for rationalizing the taxation structure.

Committee was informed that provinces are charging different rates for GST taxes on telecom sector, on which it decided to take up the issue with Chief Ministers of all provinces where heavy service taxes are being imposed on telecom / internet services at variable rates.

Cellular companies’ representatives said that there has been a lot of confusion in provinces where different rate of taxes are charged for one same service. They said that this confusion/variable taxes ultimately lead them to pay taxes from their pockets.

State minister said that software is being developed that will enable telecom operators to reflect directly what taxes they collect from customers. This software will be synced with Federal Board of Revenue (FBR) to ensure transparency in the system.

FBR officials informed the committee that telecom sector is one of the highest withholding agent on behalf of Federal Government and collects WHT @14% from customers at the time of recharge of scratch card or easy load.

The withholding tax collected under section 236 of the Income Tax Ordinance, 2001 is deposited in Federal Treasury on weekly basis, while a withholding statement is filed at the end of every month.

Officials further said that at present certain legal issues are arising from income tax assessment of Telecom sector that are pending with Superior Court. These cases are:

Further, Section 153(1)(b) of the Income Tax Ordinance, 2001 provides for withholding tax on payments made for rendering of and provision of Services. For Corporate Sector, including the telecommunication Sector, the standard rate of tax to be withheld is 8% for filer companies of the gross amount payable and 12% for non-filers.

Tax paid under Section 153(l) (b) is minimum tax. In case a telecommunication company declares a loss then turnover tax u/s 113 of the Income Tax Ordinance, 2001 also applies. However, if the tax paid exceeds the actual tax payable, the excess tax so paid can be carried forward for five years and is adjustable against tax liability of the subsequent tax years.

FBR representatives said that in the budget 2015-16, customs duty has been exempted on import plant, machinery and production line equipment used for the manufacturing of Mobile phones. This exemption is available to PTA certified local manufactures of Mobile Phones vide Sr. No. 28 of Part-I of Fifth Schedule to the Customs Act, 1969.

In the budget 2016-17 further duty incentives have been provided on import of raw materials by SIM and Smart Card manufacturers vide Part-Ill, Sr. No. 65 of Fifth Schedule to the Customs Act, 1969 on concessionary rates of customs duty given as under:-

Prior to budget 2016-17, a proposal was received from SDPI’s Study Group on IT and Telecom to reduce customs duty from 2%-15% to 0 – 5% for facilitating telecom operators. The same was considered during the budget exercise and was not approved due to huge revenue implications. Presently, no other proposal for reduction in duty on telecom sector is under consideration of the FBR.