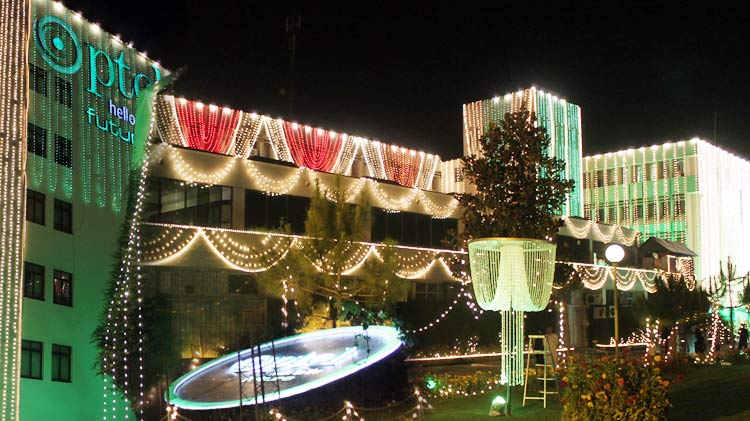 Pakistan will not go into arbitration against the Dubai-based Etisalat for not releasing $800 million outstanding on account of the purchase of 26% shares of Pakistan Telecommunication Company Limited (PTCL), as it would have negative consequences on bilateral relations between the two countries.

This was stated by Chairman, Privatization Commission (PC) Muhammad Zubair while briefing the Senate Standing committee on Information Technology and Telecommunication which met with Shahi Syed in the chair on Wednesday.

The committee recommended Prime Minister Nawaz Sharif to personally intervene at highest level with Dubai rulers for the early release of outstanding $800 million by Etisalat.

The committee also decided to invite Etisalat in next committee meeting to hear Etisalat’s side of story to reach a logical conclusion.

Zubair said that a meeting of Secretary Finance and Privatization was held with Etisalat last week (Sunday), however, the assessment was that there are little chances that the $800 million will be released keeping in view the prevailing situation of PTCL profitability and share price.

The Government of Pakistan failed in fulfilling its obligation in the agreement — by not transferring cent percent properties — and cannot go into the arbitration as it would have negative consequences on the bilateral relations between the two countries, said Zubair.

The committee was informed that a large number of properties were not under PTCL control as they were either rented or were in disputes, however, the then Government of Pakistan gave a commitment to the buyers that over 500 properties would be transferred to them.

As per the Share Purchase Agreement, the payment of the balance $1.2 billion was contingent upon transfer of clean and clear titles of 100% properties by January 2008.

In case of failure, valuations of the properties not transferred till January 2008 will be carried out by both the Seller and the Purchaser separately and higher of the two valuations will be considered for deduction from the balance installments.

At the time of privatization of PTCL, there were a total of 3248 properties to be mutated in favor of PTCL. Of these, 3,215 have already been transferred till date leaving behind 33 outstanding properties and Etisalat has been informed that these are non-transferable.

Zubair said it is an international agreement and the government had to meet all these requirements.

Privatization Commission has had the properties assessed by three valuers at different times. Hamid Mukhtar & Co was first engaged in 2009. Subsequently, National Bank of Pakistan was tasked in 2011 and lastly by M/s Iqbal Nanjee & Co in 2013. At present, the valuation of 33 non-transferable properties is around $87.89 million.

The committee was further informed that independent investigations on the privatization of PTCL have been completed in the past by both National Assembly Standing Committee on IT and National Accountability Bureau (NAB). It was informed that these investigation reports were recently submitted to the Public Accounts Committee (PAC), where satisfaction has been expressed.

Senator Shibli Faraz said the government should not only recover the money but also hold responsible the ones who acted against national interests.

Senator Osman Saifullah Khan said that Etisalat may be asked to appoint their valuers and carry the remaining property valuation. Senator Rehman Malik said that Etisalat was of the view that they have been deceived and properties which were not under PTCL’s control or were on rent were also shown as its own properties resulting in high bid price.

Chairman committee said that PM should personally intervene to resolve the outstanding issue. The committee further recommended PC to devise ToRs to avoid negligence and wrong doings in future.