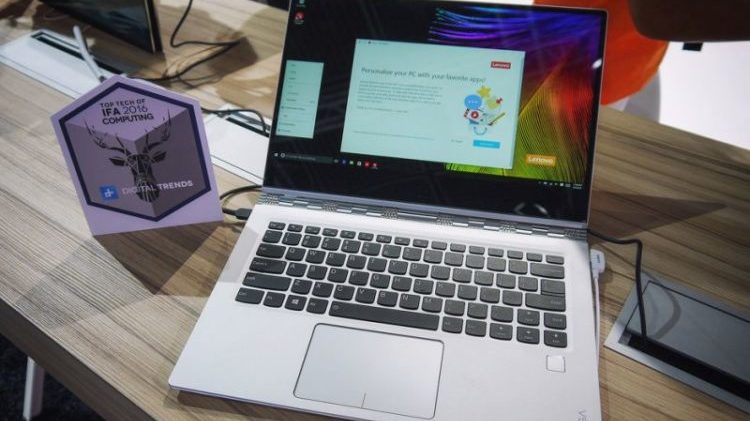 With the monumental Yahoo hack, which compromised of more than 500 million accounts, behind us, Lenovo and partners are teaming up to make sure your online verification methods use something more unique than a password: the good-old fingerprint.

The FIDO Alliance consisting of Lenovo, Intel, PayPal and Synaptics will result in the arrival of more fingerprint scanners in your laptops. FIDO, or Fast ID Online, will combine Lenovo’s laptops with Intel’s hardware knowledge and Synaptics’s biometric verification prowess to provide an enhanced alternative to passwords.

The procedure will assist with the online payment from services such as PayPal and decrease online fraud. Because the fingerprint is so hard to replicate, the method is likely the most secure form of authentication available right now. Also, it will facilitate users who have to remember different passwords for several of their accounts, to act as a one stop shop.

“Passwords are a universal problem that is not limited to Mobile devices. Every internet connected device needs the ability to upgrade to simpler, stronger Fido authentication and thanks to this partnership, the desktop ecosystem is on an accelerated path to get the same Fido capabilities already well established across the mobile ecosystem.” Brett McDowell, executive director of Fido Alliance

Upcoming Support for the FIDO Standards

The first product to be adorned by such hardware is the new Yoga 910 from Lenovo. The new convertible, which already has features, such as a 4K display and a 7th-generation Intel processor. According to Lenovo, this would be the first time PC users will experience this technology. The Yoga 910 will be available starting from next month.

Apart from that, Microsoft is also making sure that its Windows Hello supports FIDO authentication, in a bid to finally give users a more complex alternative to passwords.

The news comes on the eve of the Yahoo data hack, which saw more than 500 million users losing essential private information. While fingerprints do not tend to be entirely secure either, this step will at least make sure news such as this are seen less often.