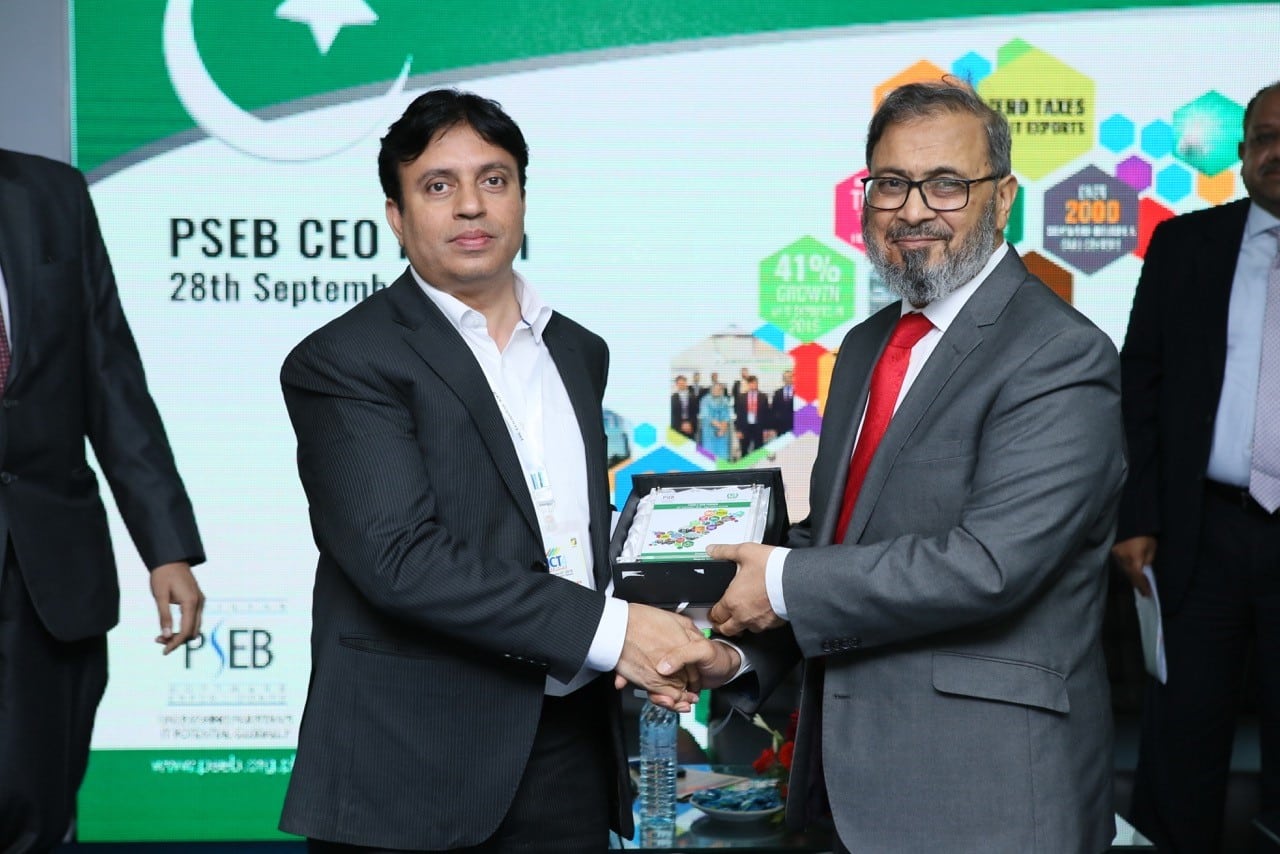 The goal of the forum was to brief the IT companies on exports reporting, extension in income tax exemption on IT exports till June 2019, and to explain the reporting, taxation and registration requirements of SBP, FBR and SRB.

PSEB also wanted to provide an opportunity to IT companies to share recommendations and to discuss issues that they may have in dealing with SBP, FBR and SRB.

The forum started with a presentation by MD PSEB, Mr. Asim Shahryar Husain, who talked about the IT industry and its exports and PSEB’s plans for 2016-17. He said that PSEB’s goal is to take annual IT remittances to a billion dollars by next year.

He requested State Bank of Pakistan to facilitate IT companies with withdrawal of foreign exchange when making payments to their foreign suppliers which sometimes takes too long. He said that by bringing together different stakeholders in the IT industry, PSEB’s goal is to give confidence to the IT companies so that they can remit more of their foreign earnings to Pakistan.

Mr. Saeed Ahmad, Deputy Governor, SBP in his address emphasized the importance of collaboration between IT companies to work together on bigger IT projects. He mentioned how IT entrepreneurs of Pakistan need facilitation by different government departments to grow their business and exports.

He highlighted the importance of exports for the economic growth of Pakistan, and that export of software and IT services can be a vital pillar in accelerating the exports.

The presentations were followed by a Q&A session in which the audience asked questions related to taxation and exports reporting from the panelists.

After the panel discussion, Mr. Minhaj Khokhar, Chairman & CEO of PK2100, shared his vision  with the audience as to how he can facilitate local IT companies in extending their business to ASEAN countries and North America.

PSEB plans on holding similar industry forums with SBP and FBR in Islamabad, Lahore, and other cities in future.