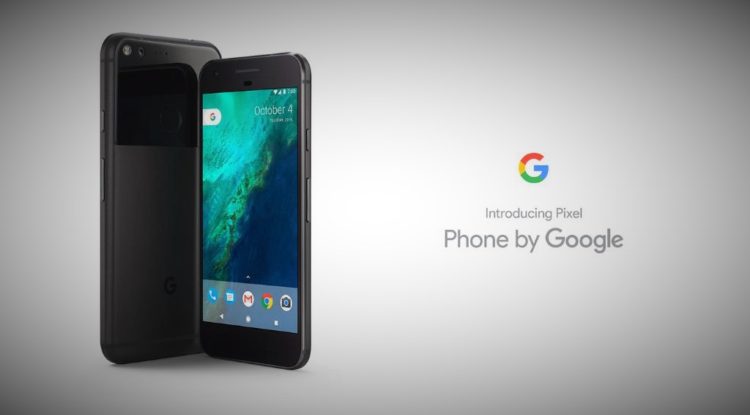 Google has finally unveiled its new Pixel phones which also bring the death of the Nexus brand. The phone are…well, exactly we expected. If you read the what to expect article from yesterday, then you’ll probably not find anything new here. Pretty much everything had leaked before the official launch event including a few advertisements.

The Pixel lineup by Google is essentially different from the previous Nexus brand. Nexus phones were aimed at developers and other OEMs to follow a standard and they (traditionally) had a lower price point. The Pixels on the other hand offer a more premium experience. Google made sure that everyone knew that this was a new beginning and that they are looking to attract a larger audience with the new phones.

Both of these devices are completely the same in terms of build quality, internals, camera and design. The only place between the Pixel and Pixel XL is the display and battery size. The smaller Pixel features a 5-inch display with a resolution of 1920×1080 (1080p, FHD) which results in around 441ppi. It also comes with a smaller 2,770mAh battery. The XL on the other hand uses a 5.5-inch display with a resolution of 2560×1440 (2k, QHD) which results in around 534ppi. In terms of battery, it packs a larger 3,450mAh battery.

Other than those differences, both phones are the same inside and out. Both have the rumored Qualcomm Snapdragon 821, 4GB of RAM, storage options of either 32GB or 128GB, a fingerprint scanner, USB-C port and the latest version of Android, 7.1.

Pixel is the first phone that has the new Google Assistant built inside of it. To use the feature, simply tap and hold on to the home button. A window, much like that of Now-on-Tap, will pop up where you can either type in or speak your query.

The best thing is that if you follow up with a question related to the one you asked it the last time, the Assistant will answer it in the same context.

Basically, you could have a conversation with the Google Assistant in the same way as you would with another person and it understands the context in which you are talking about.

This is what makes it different from various other voice assistants. Now-on-Tap is also integrated in Google Assistant so that Google can read the information on your screen and show results related to it.

With the purchase of every Pixel phone, users will get unlimited storage on Google Photos. And it’s not for low-res images, but you’ll be able to upload photos in full resolution and even videos. That means all your 4K videos will also be saved online.

As mentioned above, we have two different battery sizes. A 2,770mAh and 3,450mAh battery. Now, battery timings and benchmarks will be available later on but right now Google says that if you are low on battery, then the fast charging that is available on the Pixel phones will give you 7 hours of juice in just 15 minutes of charging. Those are certainly interesting numbers but of course, the figures could vary depending on your usage.

The camera on the Pixel phones is one of the phone’s major highlights. It comes with a 12.3MP resolution with 1.55-micron pixels and an f/2.0 aperture. The massive pixels and that aperture are used to get better low light shots.

The camera is received a ranking of 89 in DxOMark, which is the highest rating of any Smartphone ever. The new camera also has shortest capture time on any Mobile camera ever. Unfortunately, there is no optical image stabilization (OIS) available.

For both the Pixel and Pixel XL, you will have 3 color options to choose from. Those 3 are:

Yes, the color names do look hilarious, just like the pricing of these phones. 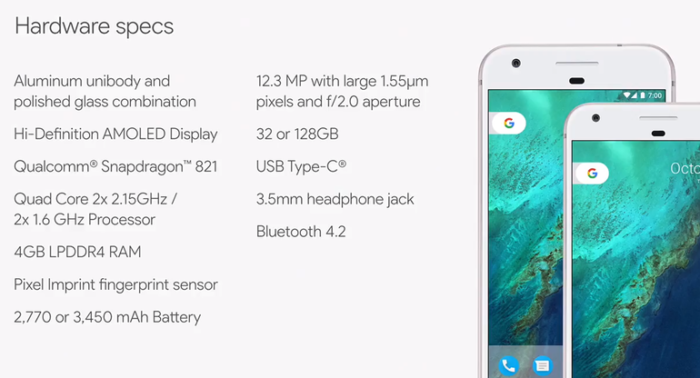 Which variant are you the most likely to buy? Let us know in the comments below!