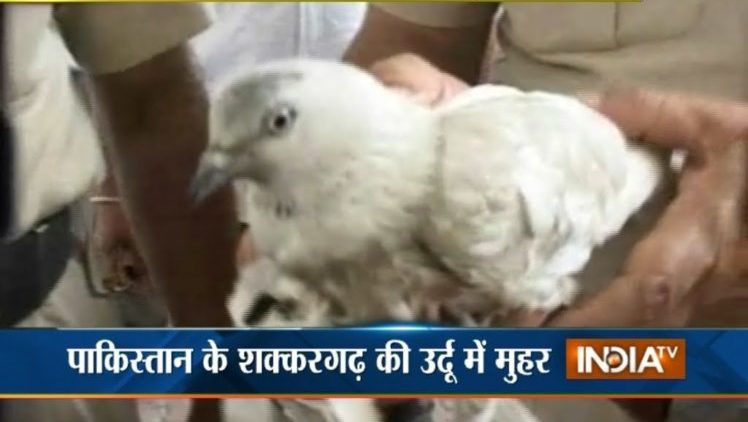 Apparently pigeons are a credible threat to national security these days. Because yet again, a ‘spy pigeon’ is making the news.

Indian police have detained a pigeon which was carrying a note that contained threats to the Indian Prime Minister Narendra Modi. The pigeon was intercepted and captured near a heavily guarded border town near Pakistan. This is the note that the pigeon was carrying.

The Pigeon and the Note

According to pictures released by the Indian media, the note contained threatening language against the Indian PM: 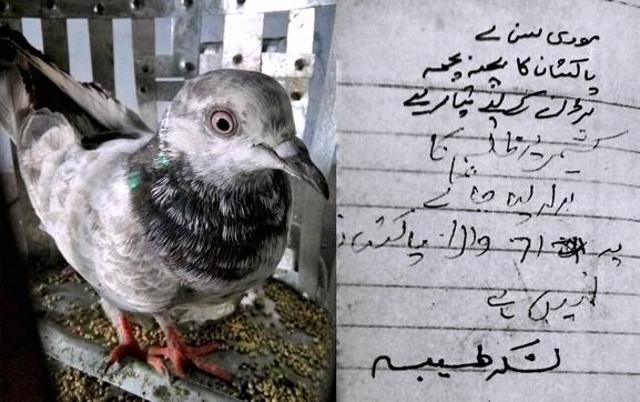 The note threatened PM Modi that Pakistan was not the same as it was back in 1971, and that now every Pakistani child is ready to wage war against India. You may have noticed “Lashkar e Tayyaba” written at the end of the note, pointing towards an infamous militant group.

The pigeon was discovered by Border Security Force in Pathankot near Pakistan’s border in Indian Punjab. The area which contains a military airbase was attacked in January by militants alleged to be Pakistanis. Police Inspector Pathankot, Rakesh Kumar said,

We took it into custody last evening. The BSF found it with a note in Urdu saying something like ‘Modi, we’re not the same people from 1971. Now each and every child is ready to fight against India’.

The last full scale war between Pakistan and India occurred during 1971 which the note points towards. Bangladesh was liberated from Pakistan during the war and became an independent state the same year.

In addition to pigeons, balloons have also been intercepted in the last few weeks which carried similar threatening messages sent from Pakistan. This isn’t the first time birds have been used for spying or sending messages though. In 2013 a dead falcon was discovered with a camera attached to it. Another pigeon was captured last year which was thought to have been sent from Pakistan as well.

Via Independent, Image from Hindustan Times