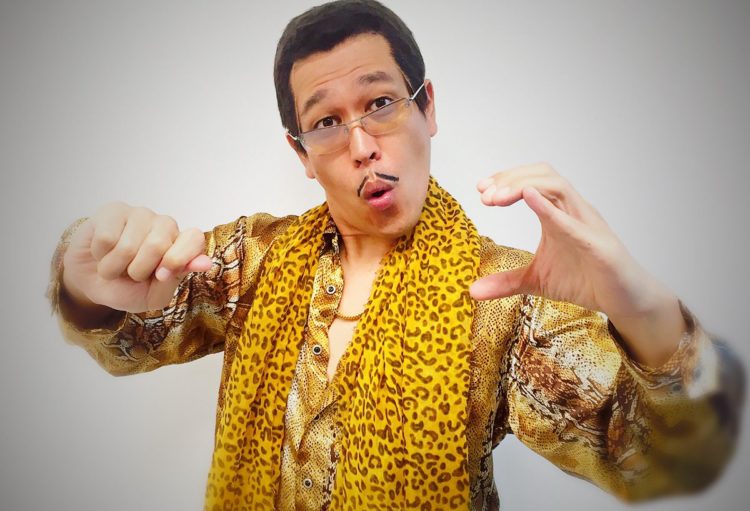 Not long ago Tahir Shah was an Internet sensation, a genius! But wait. Someone seems to have overtaken him with his smooth dance moves and scintillating music.

Poised to become the new Psy, Japanese comedian and DJ Kosaka Daimaou’s Pen Pineapple Apple Pen just may well be the latest viral song you will come across.

The tune is about a minute long with ridiculous lyrics, but hey! It’s catchy nonetheless. The song has over 57 million views on YouTube.

Without further ado, here’s the song!

After going viral, here are some of the funniest reaction tweets from Twitter.

Here’s @dugsonfire makes a great Mathematics jokes to imply that the song is far from funny, like many claim.

according to my calculations:

that pen apple pineapple song is not funny

A friend catches another friend listening to song as he’s alone. He tapes the entire thing.

A school in Japan actually played the song and choreographed a dance routine on the Pineapple song!

Our school teachers did the Pineapple Apple Pen Song for graduation 😂💕 pic.twitter.com/MntMugTGxv

Billy Tolley, a TV personality, shared his thoughts on the song. Safe to say that he has the same reaction as thousands of others.

To the person who created Pen Pineapple Pen song… shoot yourself. Its stuck in my head on loop like a flesh eating virus 😑🔫

Mike Diva is a famous American video director and a special effect artist. Here’s what he had to say:

i cant remix pen pineapple apple pen cos its already a perfect song.

This is perhaps one of the most offensive yet funniest joke. We apologize if this kind of humor is not your cup of tea.

Omg, this 9gag comment on the PPAP song is just hilarious 😂 pic.twitter.com/VKJ2jsegUw

It was inevitable! How can one not bring Steve Jobs in when we are talking about an Apple song.