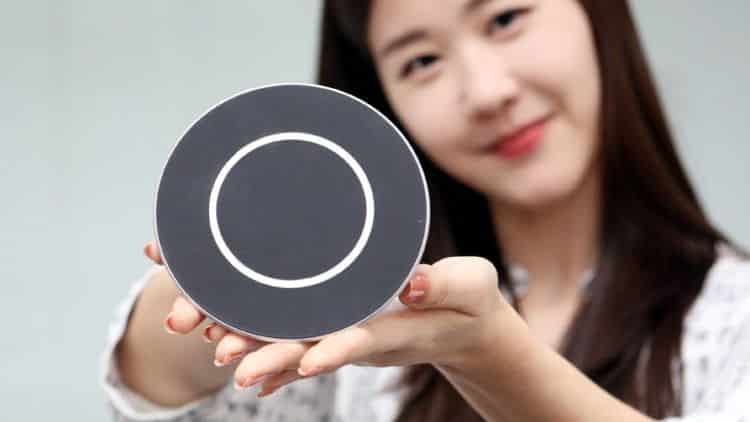 But LG seems to have solved that issue and could finally challenge the hold of its wired counterpart. Its latest wireless charger throws out 15 watts of power from its charging pad, thrice more than a normal wireless charger which top out at 5-watts. Its looks otherwise indicate a fairly standard affair, with its circular shape over which the phone is placed.

Thanks to this, it can reportedly charge phones up to 50 percent of their capacity within 30 minutes, depending on the capacity of the phone’s battery. In comparison, Samsung’s fastest solution takes up to two hours to top up the battery. The charger will work with just about any phone which supports Qi wireless charging, the standard used by most Samsung, LG and Lumia smartphones.

To avoid a Note 7-like situation, the charger comes with embedded heat sensors which make sure the temperature doesn’t get high enough to cause damage to anyone. Its maker claims the charger could potentially aid with the battery’s degradation and prevent explosions.

LG is yet to announce the pricing and availability details of the charger. Wireless chargers generally command a premium over their wired versions, clearly evident with Samsung’s wireless charger coming at $50.

With its advance features, however, the LG charger could be just the breakthrough the industry was waiting for and probably worth a premium over the standard chargers.