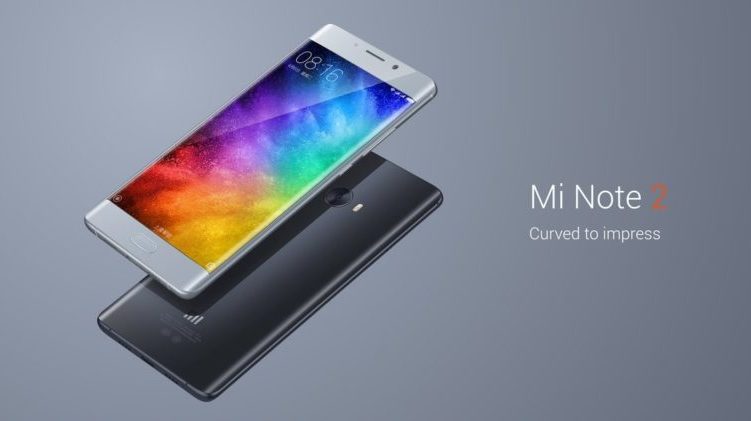 Xiaomi has revealed their newest addition to the Mi Note series, dubbed the Mi Note 2. The new phone is just what you would expect from Xiaomi; a flagship for half the price. 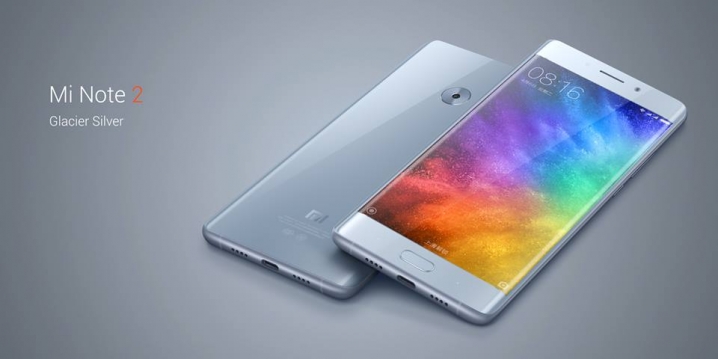 Xiaomi Mi Note 2 has a 5.7″ QHD resolution (2560 x 1440) curved display at the front. The device uses a truly flexible OLED panel for the screen and does not use any gimmickry to make it look curved. The back is also curved the same way as the screen which is why it seems quite similar to Samsung’s infamous Galaxy Note 7. This one doesn’t explode so you don’t have to worry. It was built using Series 7 Aluminium according to Xiaomi.

Moving towards the innards of the phone, it has a quad-core Qualcomm Snapdragon 821 processor. Mi Note 2 comes with 2 different variants for RAM. One is a 4GB RAM version with 64GB of internal storage. The 6GB RAM version comes with 128GB of internal storage, though there are two further variations, with one getting the Google Play Service while the other one coming for the Chinese market only. The 128GB storage version uses the high speed UFS 2.0 storage. It does not have a microSD card slot though.

It supports 37 different LTE bands so you don’t have to worry about your carrier not being supported.

The camera uses a 22.56 MP Sony IMX 318 sensor. The camera on this phone was earlier rumored to be a dual camera setup but it doesn’t seem like the case here. A 3 axis dedicated gyroscope stabilizes the camera while recording video by using Electronic Image Stabilization to add to the stability.

The front camera uses an 8 MP Sony IMX268 Exmor RS sensor. The front camera also features autofocus, not common even amongst flagship phones, and a group selfie mode which merges several pictures together to make sure everybody has their eyes open in the selfie.

A DAC is also available in this phone for audiophiles. It is capable of 24bit/192 kHz output.

A 4070 mAh battery powers the phone. It also comes with Qualcomm’s Quick Charge 3.0 which will allow you to charge the massive battery in little time. The charging port uses a USB-type C slot as well. There are two color options for the Xiaomi Mi Note 2, Glacier Silver and Piano Black.