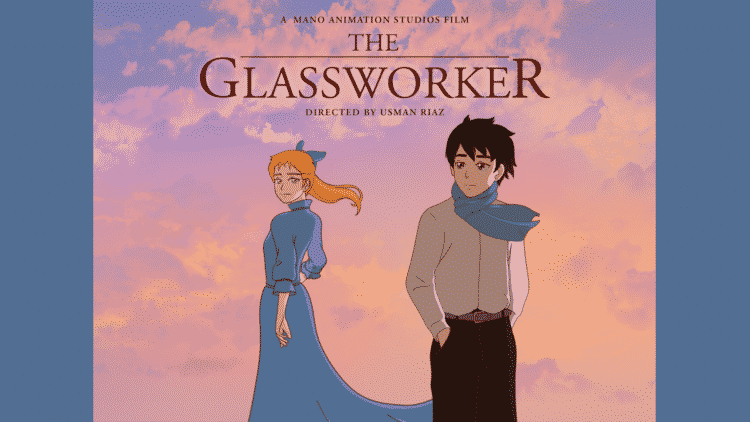 Remember the Pakistani teenager who orchestrated sensational acoustic guitar music in the most unique of ways; putting the guitar horizontal on his lap, strumming it both his hand, fingers and knocking it around? Well, that person, Usman Riaz, has took a different approach in life now.

He has released Pakistan’s first ever hand drawn animated film called The Glassworker.

The movie is being created under the banner of Mano Animation Studios. The Glassworker is a story of a young boy, Vincent and a girl named Alliz. Vincent is learning the art of glassblowing from his father in their glass shop. Alliz, a frequent visitor of the shop, makes Vincent fall for him and that’s how the story further progresses.

Speaking to media, the filmmakers told them:

“The story is set in the fictitious Waterfront Town. Vincent is an apprentice glass blower learning from his father in their glass shop. Alliz is a prodigious violinist striving to find her own unique voice on the instrument.”

“The film will comment on the effects of war on children and follow both characters through their formative years as life gets more complicated and inhibits their friendship.”

Here is the trailer of The Glassworker.

Jami Moor, a renowned Karachi-based film director also spoke out in support for the team and its highly-stylized film. He had this to say for what is Pakistani’s first anime-influenced film.

“Best ever animation from Pakistan! This is film making, pure heart warming purity of hard working, genius kids. Young filmmakers doing what not many adults can do.”

It is remarkable to see that initiatives such as these are being taken. This will help diversify Pakistani showbiz and create opportunities for people working in the said fields. Pakistan has no dearth of artistic talent and its time they came forward and showed the world what they are capable of. Usman Riaz’s The Glassworker is a realization of that lofty goal.