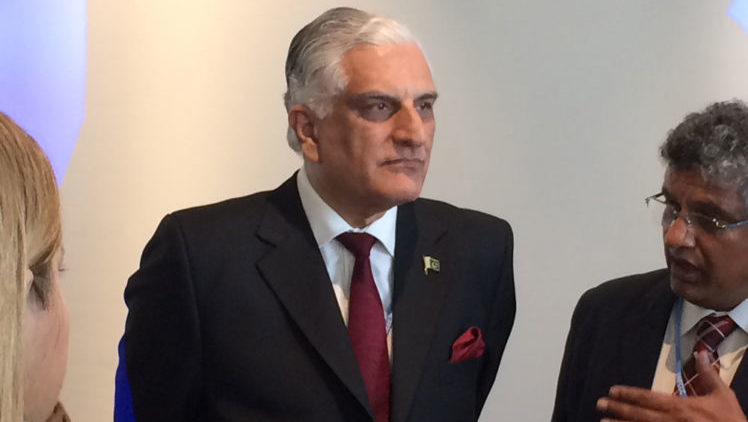 The Federal Minister for Climate Change, Zahid Hamid, announced that the Climate Change Act 2016 has been approved from the Federal Cabinet and will be presented in the upcoming session of the parliament.

He said that it was an important day because today we fulfilled our set requirements following the Paris agreement, which requires every country to cut down its carbon emissions. The minister said that developed countries had a bigger part to play in decreasing greenhouse gas emissions according to the Paris agreement.

Currently Pakistan’s carbon emissions are 405 million tons which is 135th highest in the world. The Climate Change Minister added,

The funds in question are $42 billion, which Mr. Zahid thinks are necessary for Pakistan to meet its targets. In addition to the Climate Change Act 2016, Intended Nationally Determined Contributions (INDCs) have also been finalized. The INDCs are in the form of a report which details how much emission is expected by 2030 as a result of future development. The climate change minister will deliver the report to the United Nations Framework Convention which will be held in Morocco during November 7th and November 18th.

Read More: End of World as We Know It: Tipping Point for Climate Change Has Passed!

The federal government can appoint federal/provincial ministers as its members. Chief ministers, Chief secretaries of AJK and Gilgit-Baltistan can also be appointed as its members.

The projects that are approved through this council will be implemented at a country-wide scale, in all of the provinces. It will also implement the Kyoto protocol and the Paris agreement, according to the climate change minister.

It has already been months since Pakistan signed the agreement and the world’s temperature has already reached a point of no return. Floods and events like the smog, which has been covering Lahore for the past few weeks, are a proof of the effects of pollution. Even after all this time, the government is still wasting time asking for money instead of taking steps for the betterment of the public.