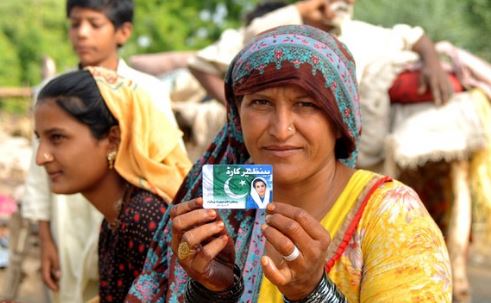 Pakistanis receive three kinds of texts in abundance, one from mobile networks informing them about some supposedly fantastic offer, second from “Asma from Hospital” looking for an easy load while promising to return it soon, and the last one from Benazir Income Support Program congratulating them on winning 25,000 or so rupees.

The latter of the two are, of course, from scammers looking to make a quick buck on account of unwary mobile users. The technique has become so redundantly old that it has become a running joke among the common people.

At long last, it seems like the people running the Benazir Income Support Program have also decided to have their say in the matter by warning users not to fall for such scams.

Launched in 2008, the Benazir Income Support Program (BISP) is aimed at eradicating extreme and chronic poverty, empowering women and achieving universal primary education. It wants to curb or reduce the negative effects of slow economic growth through the provision of cash transfers of Rs. 1,000/month to eligible families.

According to their official site, it had approximately 4.7 million beneficiaries as of 31st December, 2014 with annual disbursements totaling Rs 65 billion in FY 2013-14.

Started as a way to curb poverty, the program has unfortunately fallen into the hands of scammers as a way to extract money from unsuspecting mobile owners.

They start off by texting multiple users and informing them of their winnings. If someone does respond, he or she is asked to transfer a certain amount of money which is necessary to carry out the transfer of their winnings. In the beginning, many people did end up falling for it and transferred the amount. Now, however, the technique has become so old and been used so many times that hardly anyone falls for it.