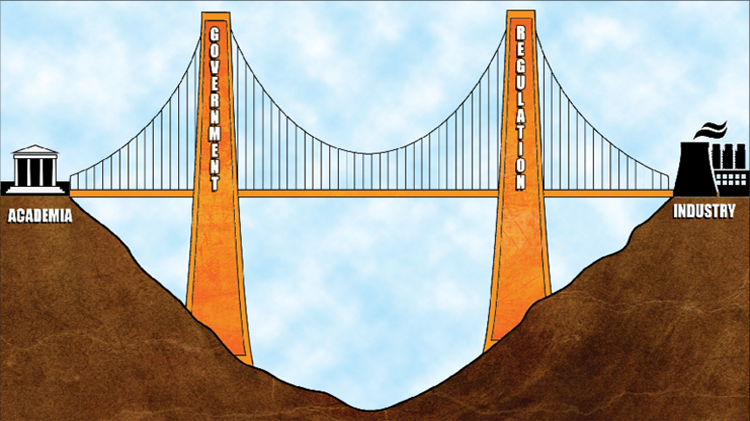 While at a job fair earlier this week, I came across hundreds of students who had graduated recently but had no practical experience. As one dismayed student put it, ‘Even for fresh grads, everyone wants experience. What are we supposed to do?’

It’s a struggle millions of graduates face upon finishing their degrees. Right now, most universities in Pakistan are little more than degree mills. They churn out thousands of graduates each year while the industry bemoans the lack of qualified candidates. Why does this chasm exist when seemingly, the supply and demand should balance each other out? The challenges are vast and the solutions elusive.

Students in Pakistan are funneled towards default choices like being an engineer or a doctor with other fields ‘second class options’. This mentality has to change.

For starters, not a lot of thought goes into the selection of a degree on students’ part. For many, including yours truly, it was either become a doctor or an engineer despite my true calling lying elsewhere. The lack of career counseling, including paucity of choice in intermediate for government schooled students, means a significant portion of our youth ends up choosing a field for which they’re ill suited.

Parents aren’t blameless either. Often times, they’re more focused on their dreams of having an engineer -or doctor etc. child, instead of asking those children what they want to be. When you’re roped into a field or discover that you would rather be doing something else, the chances of success go down.  It’s an age old adage but it holds true: if you aren’t passionate about something, there’s not even a snowball’s chance in July of you excelling at it.

Lack of thought, not even a semblance of a plan beyond getting admitted to a university and poor or non-existent career counseling resources means mediocre graduates

If you’re a computer engineer or a computer science major, the lack of a portfolio or any projects tells an employer that you were pushed into the degree and don’t really have any passion for it. I’ve seen students who were freelancing and earning hundreds of thousands before graduation. Getting your degree isn’t the point where you ‘enter the field’ and start doing real work. Even a hobby project on GitHub can edge you over competition in interviews, the situation really is that dire.

Now we move towards a possible solution to this dilemma. As many students looking for a foreign degree in Europe will already know, countries like Germany have two distinct classes of universities. You have your bread and butter universities much like the ones we have here and the others are universities of applied sciences or vocational universities.

The difference is, they provide hands-on training and skills for a seamless transition into the workforce. Heavy industrial linkages also help vocational universities produce students with skillsets highly relevant to the job market. An added benefit is that degrees from vocational universities are often shorter than purely academic ones.

So you pay less, learn more practical skills and are well suited to enter the industry instead of dealing with the sinking feeling at the end of your degree when you wonder how to make your half page CV more presentable.

While there are commendable efforts from highly respected people in the field as well as government bodies to enable people via freelancing and entrepreneurship, I honestly think that’s a reactive approach. The solution needs to kick in well before a graduate already has a degree. Make no mistake, we absolutely need programs like e-Rozgar to promote freelancing as a viable career choice. But the government needs to realize that is not the only solution we should working on.

If you distill it, it comes down to this: The industry constantly raises the issue of unskilled graduates entering the work force. So why not make them a stakeholder in the training of those very graduates through applied sciences university programs? Instead of wasting millions to train new hires and unemployed grads, why not work towards a solution where the grads are already trained and ready to work?

This is where the regulating education bodies need to step up because they are failing us badly right now. Even after spending hundreds of thousands and years of their lives, students aren’t guaranteed a quality education or equal access to opportunities, let alone employment. Instead of setting up the next generations for failure through incompetence and apathy, let’s try enabling them for once and maybe we can have that ‘Roshan Pakistan’ we’re always talking about.