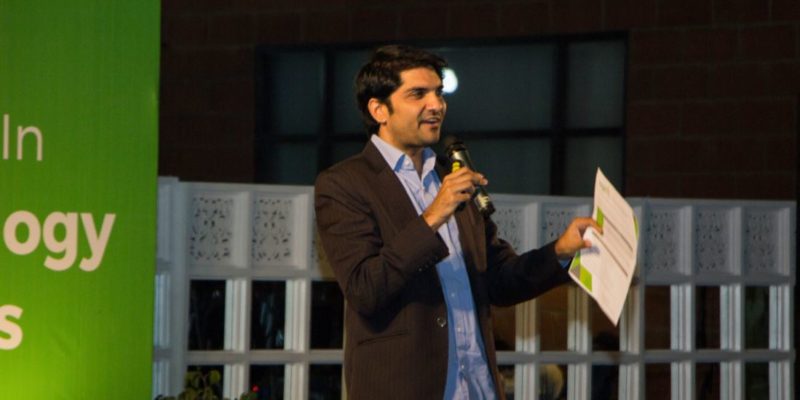 10xC provides seed funding, advice and shared services to entrepreneurs working on ideas or concepts towards validation of product/market fit. In the first cohort, 8 startups were shortlisted and provided with seed funding, networking and guidance to begin their operations.

The launch ceremony was hosted by the CEO of 10xC, Mr Saif Akhtar, who shared the vision of the company in front of an audience comprised of stakeholders in the Pakistani startup ecosystem. Mr Nadeem Hussain, Chairperson of 10xC, spoke about creating an ecosystem for startups that would take care of choke points of Pakistan’s economy, utilize human capital in a positive way (where majority of Pakistanis are under the age of 30) and bring positive socio-economic change to the lives of people in our country.

“If you’re young, energetic and motivated – Very few jobs are out there that will fulfill you the way you want. Start a startup instead – We may just fund you!” – Nadeem Hussain

Saif Akhtar explained the startup culture at 10xC and how the teams were selected, the very concept of tech startups and how they are encouraging young entrepreneurs who are willing to work on concepts and ideas by providing them with some funding, networking and support.

“We simply give them a little cash (Rs 10 lakhs) and 4-months of our full support to show us what they can do. If their company grows, regardless of whether it’s during the program or after, we can invest more money (Rs 1 Crore). You’ll see our model is the most Founder-friendly in Pakistan.”

Following the brief talk, Saif introduced the founders of the startups who took the stage one by one and performed their very first 5-minute public pitch.

Ahmad Hussain from Daakhla.pk (EduTech) was the first founder to take the stage and narrated his admission experience that led to the creation of single point admission portal for all HEC recognized institutions in Pakistan. He was followed by Ali Gohar Wassan from TheUnipedia.com (EduTech), Syed Ali Saim from PiePie.pk (TaxTech), Irfan Anwar from Feedience.com (Publishing), Mustafa Shafi Khan from Townsmate.com (Deliveries), Shafaq Omair from ShadiShenanigans.com (E-Commerce), Mojiz Hasan from FullBrickStudios.com (Entertainment) and Zain Mukhi from Bun Ka Baap (FoodTech). Each startup demonstrated which problems they’re solving, their revenue models and their visions for growing their companies.

10xC is currently accepting applications for its second batch of 15 startups that will receive funding in February 2017.

“Our ideal Founders are between the age of 22 and 32 with a desire to build something cool with tech! Show us you can execute and we’ll show you just how much fun it is to work for yourself.” – Saif Akhtar