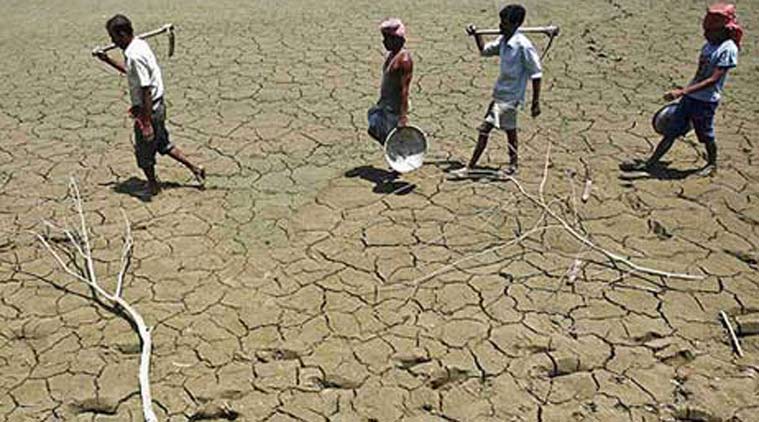 In late October, the Pakistan Meteorological Department warned farmers that there was no forecast for rain. This was alarming since the farmers depended on rain for growing wheat in the November and December months as they normally did in the prior years.

The early warning made the farmers switch their strategy – they are now cultivating vegetables instead as they are less water intensive. The farmers are said to be irrigating their crops from nearby ponds.

This warning was the first of its kind from Pakistan’s weather service, whose sole purpose is to help farmers look ahead several months and plan for their livelihoods accordingly. The farmers who did not follow the warning are now regretting their decisions while they watch their wheat plantation fail.

Ghulam Rasul, Director General of the Meteorological Department said that the winter drought appears to be a result of the unusually high pressure over Central Asia that has driven clouds away from Northern Pakistan and beyond without letting them cause any rainfall.

The Director General said that the winter drought is because of the El Nino phenomenon, a climatic condition which features reversed winds and unseasonal rains that end up causing droughts in the actual seasons of rain.

Rasul said that the effects of El Nino are much harsher now compared to the last time it hit Pakistan back in 2009. The most recent El Nino also caused heavy droughts in Africa and devastating floods in Asia-Pacific countries.

The winter drought comes soon after monsoon that receded in September, three weeks earlier than expected.

Not only does El Nino cause droughts but also unusual temperature fluctuations during the day and night.

Wheat crops require a temperature of around 21-25 degrees Celsius and because of El Nino, the temperature remained around 30 degrees.

These unusually high temperatures have caused farmers to delay their wheat sowing in Islamabad and other suburban areas such as Rawat, Gujar Khan, Taxila, Attock and Rawalpindi.

The farmers said that the forecast has been a great help and it saved their investments (worth $3,000 according to initial estimates) from going down the drain.