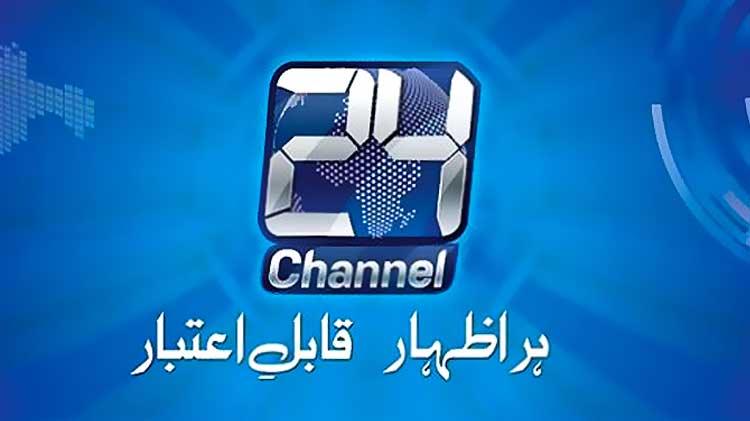 Media outlets always compete with one another to provide news to its viewers in shortest possible time, caring not for ethics but ratings in the process. However, Channel 24 have found themselves in a tight position while reporting on yesterday’s PK661 tragedy.

PEMRA have officially sent a notice to Channel 24 for broadcasting an unauthentic audio clip of the plane crash.

The Channel 24 management is required to respond to the situation by 15th December, according to the notice.

According to the notice issued, Channel 24’s coverage is against the PEMRA electronic code of conduct 2015 under sections 3, 8 and 17. 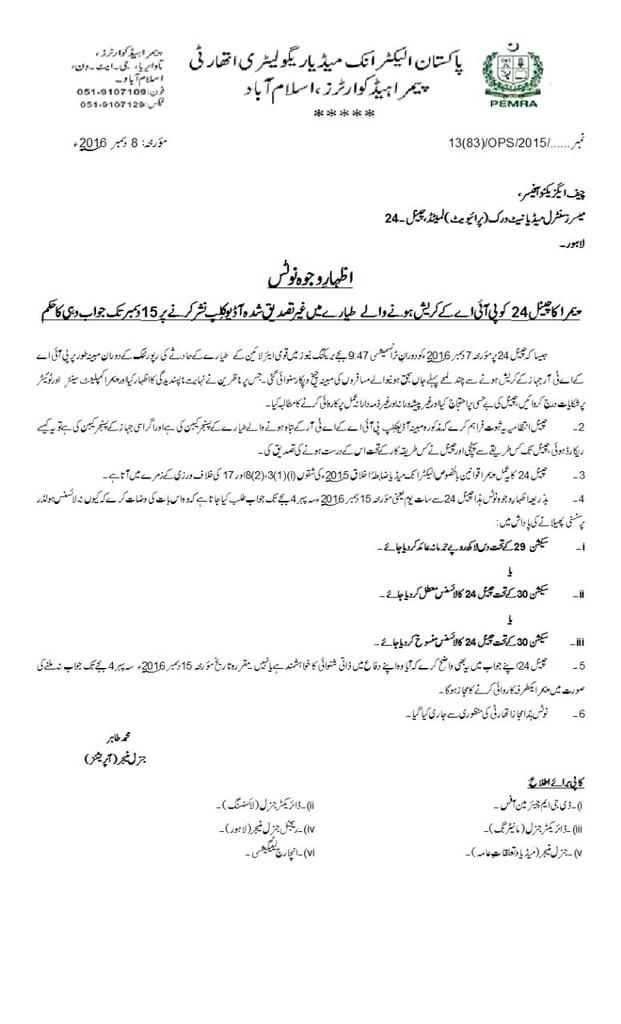 In their 9:47 PM transmission, the news channel broadcast an audio clip of the victims before the plane crash.

The victims were screaming and yelling in the audio clip, which was shown live on television without any editing or screening.

Witnessed by women and children, it caused a huge uproar against the channel and its administration.

Upon receiving multiple reports against Channel 24, PEMRA lodged an inquiry.

Here are the questions, which Channel 24 need to address;

If Channel 24 fails to clarify their position, they can be finned up to 10 million with a chance that their license will be suspended altogether.

ARY’s Facebook page is also circulating fake videos of the incident and spreading unwanted stress among the masses. Below is the video that ARY has uploaded: