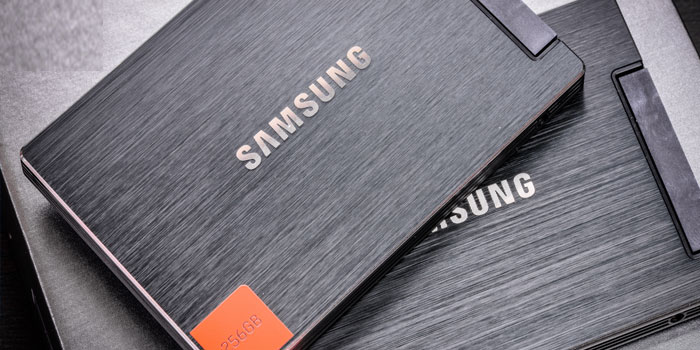 Folks, it seems like digital storage media like hard disks and solid state drives are going to get expensive. And fast. Tough times are ahead for those who are looking to get physical storage options for cheap.

Nobody likes bad news but knowing something bad will happen later on can help you avoid problems by preparing for it in advance.

We are looking at a NAND shortage (used in SSDs or solid state drives and USB drives) which will increase in the future. This will cause the prices of SSD’s to rise, the effects are becoming apparent right now with TLC (triple level cell) and MLC (multi level cell) SSDs seeing a price hike of 6-9% this quarter.

Even though HDD’s (hard disk drives) saw their biggest recovery quarter over quarter since the last 7 years, their prices are also going to rise. The HDD industry is showing signs of decreasing supply, which can result in a shortage in the coming months, resulting in higher prices.

If both SSDs and HDDs go short in supply, we can see an industry wide price hike of storage hardware. This will become a problem for everyone, from the average consumer to the big enterprises.

How It All Began

SSD prices have been dropping ever since they became mainstream back in 2013. The falling prices led to SSDs competing side by side with the HDDs. This led to both consumers and enterprises going for SSDs instead of regular HDDs and the industry did not have enough to supply everyone.

The demand rose due to several factors. The smartphone industry was a major reason for this. A lot of new phones come with much bigger storage capacity than the phones from a few years ago.

Remember the Samsung Galaxy Note 7 recall? Their failure, recall and failing again led to at least a 100 million gigabytes of NAND storage going down the drain. Samsung made millions of Note 7 phones, recalled them, then replaced them with millions more.

This coupled with the increase in usage of SMR HDDs (shingled magnetic recording, slower than regular HDDs)  in the budget laptop category will make things worse. The laptop vendors are saving money by using SMR HDDs for budget laptops without actually decreasing the prices. This will further highlight the difference in performance between the HDDs and SSDs.

The SMR HDDs are so slow that you will be better off using a USB instead. Some of the HDD vendors aren’t even labeling the SMR HDDs, you could end up with one of them without knowing what you paid for.

The enterprise market has also been quick on the uptake when it comes to the SSDs. The industry leader is Samsung here with a 44.5% market share. 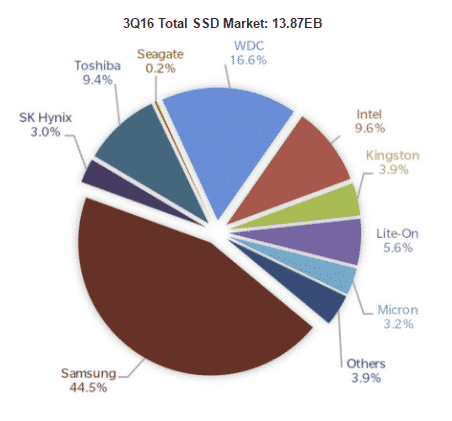 The increasing demand from the enterprise side forced Samsung to shift some of the consumer SSDs to enterprise. This will only lead the prices to increase further with supply for the consumers also decreasing.

Earlier this year HDD vendors fell into a ditch in the stock market thanks to continuous decline in sales. This led to the vendors cutting down on their costs and decreasing their facilities, inventory and production.

Unexpectedly the HDDs had a rebound last quarter with 15% increase in sales. Numbers like this were not seen since the last 7 years. Analysts predict that the trend will likely continue in the current quarter as well.

The rise in HDD sales with the vendors cutting down production will lead to an industry wide shortage. Due to the unstable nature of the market and the losses incurred earlier, the HDD vendors will not increase production.

According to Trendfocus, the HDD vendors are reallocating their resources to meet the demand in the enterprise section of the market. This will lead to a lesser focus on other sections, such as consumer HDDs. In turn, this would mean less parts available for consumer HDDs.

The HDDs may have had a resurgence due to the decreasing SSD supply and increasing prices. The rise in SSD prices will further push the consumers to go and buy an HDD instead. HDDs are also in short supply leading to a vicious cycle of storage getting more and more expensive overall.

Smartphone Prices Will Increase As Well

Smartphones primarily use NAND for their storage needs. The rising NAND prices will also affect smartphone prices next year.

Samsung happens to be one of the big fish in the smartphone industry and being the biggest SSD maker does not make things easier. The company develops the high-speed and expensive UFS storage for phones which is currently used in flagship phones. Overall the pressure on the company will increase as demand for both, its SSDs and phone storage, rises resulting in the Smartphones price hike as well.

Manufacturing prices to rise for smartphones

Even though big name manufacturers can mitigate this somewhat by decreasing their profit margin a bit, others might not fare well. Underdogs like Xiaomi and Oneplus have smaller profit margins per phone. Once the storage prices rise, they will be forced to sell the phones at a higher price, leading to less sales for them.

They rely on their bleeding edge pricing to sell phones in the extremely competitive smartphone industry and this will make things a lot tougher for them compared to Samsung or Apple.

The Shift to 3D NAND

The SSD industry leader, Samsung, has been making 3D NAND since 2012. 3D NAND allows for longer lasting SSD drives with higher speeds than their 2D counterparts. The rest of the industry has been slow to move to 3D NAND owing to production difficulties and poor yields.

Their focus was on perfecting and selling 3D NAND instead of 2D, which is the primary cause of the shortage occurring in the first place. Lesser focus on 2D and lower 3D NAND yields compounded to an overall shortage in SSD supply.

The first of Intel’s production is coming out from its new factory in Dalian, China. Intel will be dedicating the plant in Dalian for producing 3D NAND exclusively.

Meanwhile Western Digital (which acquired Sandisk) said that it will ship 40% of its total output as 3D NAND in 2017. They’re a year behind Intel. The company began the $3.2 billion 3D NAND lab in Mie, Japan this year collaborating with Toshiba, another major vendor. They will be transitioning the Yokkaichi Operations in Mie to 3D NAND. 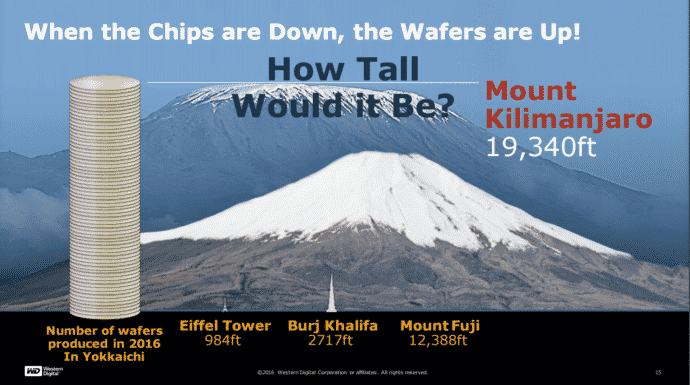 Third party SSD vendors had been stockpiling NANDS to cover for the shortage. Their supplies are either running low or have completely run out by now. This is mainly the reason why the prices went up only slightly this year due to the stockpiles easing out the shortage.

The shortage is lasting longer than expected. It is likely continue until the last quarter of 2017. This is because of the SSD vendors going all in with 3D NAND which will become mainstream by 2018 and gain major market share in 2017. There will be a large amount of factories producing 3D NAND by 2018 which will lead to an abundant supply of SSDs. So, prices will only fall at that time period (2018).

Analysts predict SSD prices to rise up to 20-25% in the upcoming months so the best time to buy an SSD or a laptop with an SSD is right now.