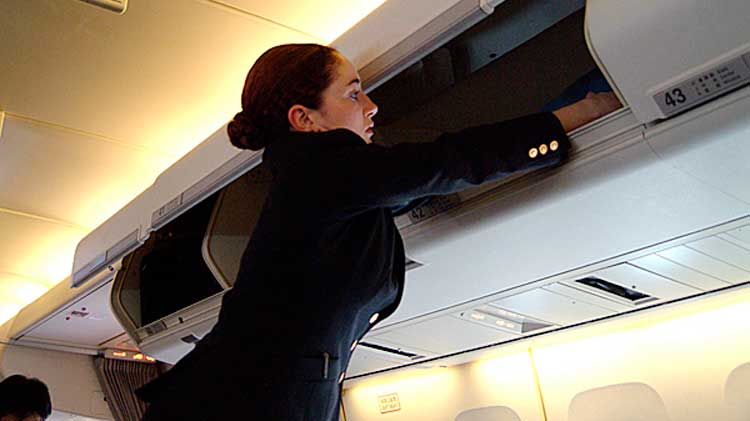 United Airlines announced that the customers will have to pay extra, in order to get access to the overhead lockers while travelling.

The move is inviting criticism from customers and frequent travelers alike.

Is The New Idea Workable?

The company is aiming to provide a new basic economy fare next year. Customers seeking the cheapest flying rates will be allowed to travel with one small item of luggage.

The item should satisfy the measurements set by the airline authority; no more than 9” x 10” x 17” (23cm x 25cm x 43cm). The customers will have to place their only item under the seats.

And if they need to use the overhead compartment for storing luggage, they will have to opt for an upgraded plan.

Furthermore, the seats will be assigned on the day of the departure. This may imply that customers with the same tickets will be forced to sit apart.

According to the airline themselves, this move will not amount to a new fee. They claim that it will help in increasing the revenue and overall profits without making any major adjustments.

United also added that customers can use the overhead luggage spaces if they choose a standard economy fee.

Reaction To The Change

The people are furious and disappointed, according to the sources. They also claim that much of the regular travelers are going to boycott the airlines.

“It’s one of the most restrictive policies on airline passengers we have seen in a long time,” said a New York Senator.

“The overhead bin is one of the last sacred conveniences of air travel and the fact that United Airlines – and potentially others – plan to take that convenience away unless you pay up is really troubling. It seems like each year, airlines devise a new, ill-conceived plan to hit consumers and it has simply got to stop.”

This overhead locker charge is not the first fare which has pissed off the travelers.

Here is a list of all the previous changes which had a huge impact.