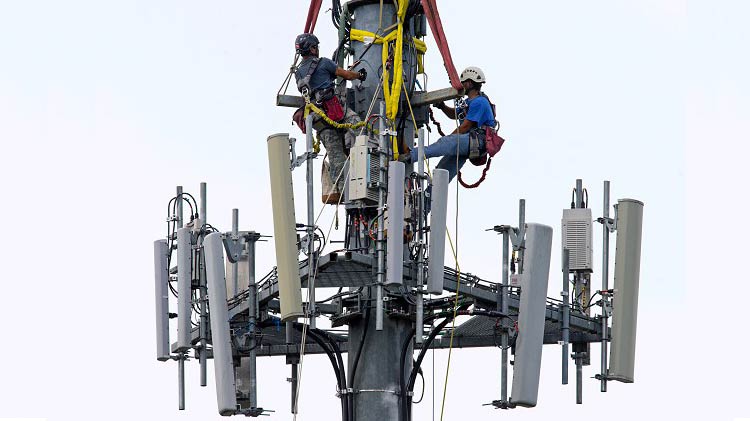 The Federal Board of Revenue (FBR) is implementing a new system for cellular companies for accurate collection/deposit of withholding tax from its subscribers through online withholding data integration with all mobile operators.

Senior FBR officials said that the tax authorities have decided to commence the process for establishing online withholding data integration with all cellular companies simultaneously to ensure precision in the count of taxes collected from phone users.

“The FBR has decided to launch a pilot project for real time connectivity from January 17 to ensure precision in the count of taxes collected from phone users,” said FBR officials while briefing the Senate Standing Committee on Information Technology and Telecom.

The committee met with Shahi Syed in the chair here on Thursday.

The committee was briefed on the mechanism adopted by FBR and Pakistan Telecommunication Authority (PTA) regarding collection of taxes i.e. GST and WHT from cellular operators.

The committee raised question on the mechanism of tax collection from mobile users and its deposit in the national exchequer.

The chairman of the committee observed that it is a serious issue whereby billions of rupees are being collected on account of GST, WHT and Service charges from cellular subscribers, even from poor people of Pakistan who do not fall under the tax network, and unfortunately the FBR has still no mechanism to analyse the data of taxes collected by Telcos; resultantly, the FBR has failed to provide relief to the common man.

Members of the committee suggested that legislation may be brought in the Parliament in this regard.

The FBR officials admitted that it is a policy issue and endorsed the idea of legislating in this regard.

The FBR officials informed that Rs. 47 billion were collected as WHT from consumers, where Rs. 14 billion were adjusted. However, the chairman said that the amount is estimated to be huge. He further said telecom companies are collecting an estimated amount of Rs. 81 billion per annum from consumers in the name of maintenance and services.

Regarding the mechanism adopted by FBR for collection of taxes from cellular operators, the FBR representative briefed the committee that they have established a new Intelligent Tax System with the help of PRAL (Pakistan Revenue Automation Pvt Ltd), which will help out analyse the exact data of taxes collected by the mobile phone operators.

Through this system the exact usage and taxes collection process will be properly monitored by the FBR. For this purpose a pilot project for real-time connectivity is being launched which might start working by January 17, 2017.

Senator Rehman Malik asked about the details and figures collected on account of withholding tax from cellular phone subscribers and the mechanism adopted for returning the same to them. The FBR replied that a mechanism is being worked out and in three to four months they would submit a detailed report in this regard with the committee.

The chairman committee also directed to provide comprehensive details of Sales Tax / FED deposited by the Telcos into the government treasury of the Federation as well as all provinces, during the last three years.

The committee also asked about the action taken by the ministry on the recommendations of committee given in its last meeting regarding payment of pension to the pensioners of PTCL at the rate announced by the government from time to time. The committee was briefed by the ministry that the matter is still sub judice in the apex court.

Responding to another query raised by the chairman committee regarding release of outstanding salaries to the teaching staff of the TIP school and college as recommended by the committee earlier, it was apprised that all the payments have been made to ten employees while for others the matter is in litigation.

This agenda was deferred for the next meeting and the chairman directed the ministry to give briefing about their efforts in that regard.

While highlighting the salient features of the report, he appreciated the cooperation extended by the ministry of IT & USF and also felicitated the members of the subcommittee for their efforts and role played by them during proceedings of the Sub-Committee.

Allegations of USF Money Being Used for Building Stadium Were Baseless

State Minister for Information Technology and Telecom Anusha Rehman said that baseless allegations of utilizing Rs. 500 million of Universal Service Fund (USF) were leveled by a parliamentarian through Senate media secretariat. However, after checking it from all concerned officials, it was revealed that the allegations were baseless, she added.

It was clarified that USF funds reserved for FATA and other less developed areas of the country and have not been utilized for construction of a stadium in Sialkot .

The convener of the sub-committee admitted that the senator’s observation was based on a media report. The chairman of the committee directed for holding an inquiry into the matter.