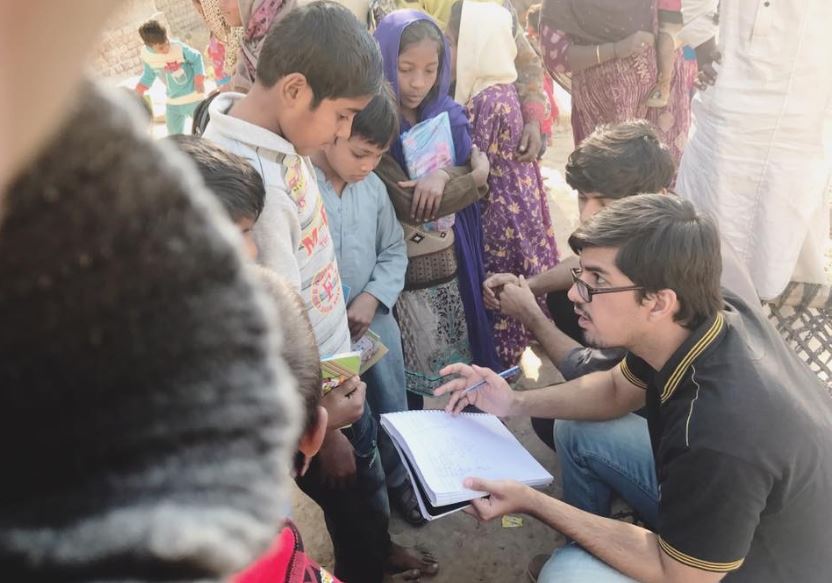 Pakistan is a country plagued by issues like poverty, corruption, and, the biggest of all, illiteracy. With an overall literacy rate of 56.6% (according to data available from UNESCO in 2015), Pakistan is found in the lower ranks of the list of countries according to their literacy rates.

There are a number of factors that contribute to the lack of literacy rate in Pakistan and will continue to do so for quite some time— one of the biggest being the 24 million or so children that have never been to school.

The government, despite its apparent focus on education, has tried and failed to improve these figures. Fortunately, there are a number of wonderful organizations as well as lone activists, who have taken it upon themselves to take action against the alarming lack of literacy.

One of these lone social warriors, Rohayl Varind, won the World Summit Youth Award in Sao Paulo, Brazil for his project Voice of R in 2015. Not only that, but he is also the youth behind the famed “Wall of Humanity”.

The Wall of Humanity, which originated from the Wall of Kindness, is a social initiative meant to help the poor and the needy. It was started by Rohayl in Faisalabad and quickly spread all over Pakistan and even across the border. Now, the young humanitarian is back with another project — a Slum School.

“There are unfortunately an estimated 250 million children in Asia alone who are either deprived of school or are drop outs,” says Rohayl. “As an educationist, my conscience would not be at peace unless I made a difference in these statistics and thereby the condition of the world brought on by it.”

A small social project in the slums of Faisalabad, Slum School is barely a month old. It is a system of education designed for the deserving yet underprivileged students. Since its inauguration last month, it has taught more than 35 students with free provisions of food bags, books, and stationary in the slum of Faisalabad. They also ensured polio vaccination for all the children in the school. 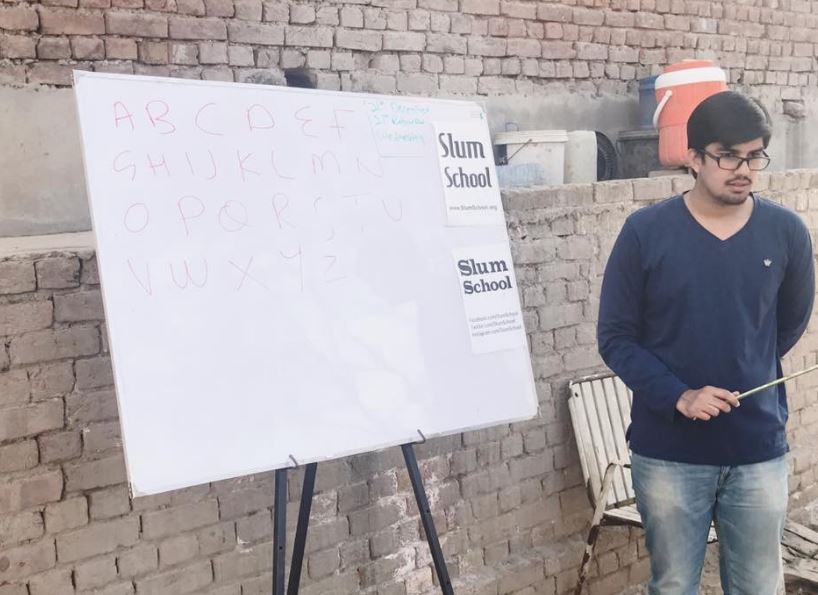 “The beauty of these slum schools is the dedication with which these young individuals are utilizing their free time to learn.”

The school not only teaches the basics to children from underprivileged backgrounds but also teaches them basic ethics and etiquette. There are also some other engaging activities. From Yoga classes to Family Days, the school has tried to keep the students interested. There are also distribution ceremonies where students are given books and other gifts.

The classes take place outdoors with just a whiteboard for the teacher to write on and a piece of cloth for the students to sit and learn. Rohayl has taken it upon himself to go to the school for at least two hours on a daily basis. Meanwhile, Fizza, a mother of two, teaches there every day for around half an hour. Another teacher, Sbat, also comes and teaches the school once a week. 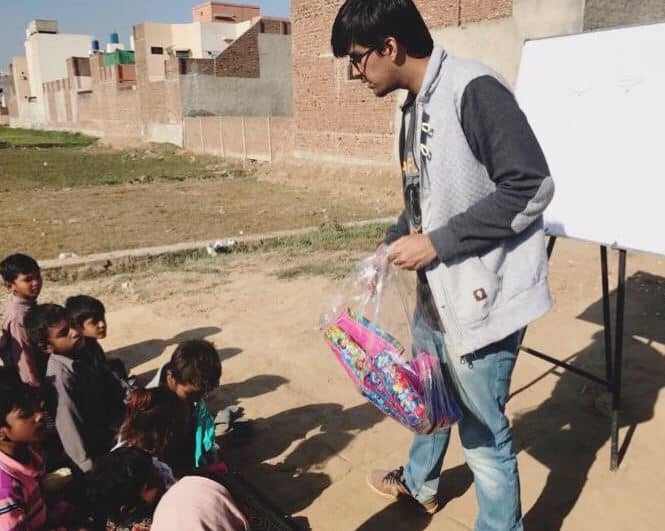 The quality of education at the Slum School is in no way enough to negate the need for a formal education, but the effort alone is commendable. Rohayl also argues that “the main motive is to bring knowledge and basic level education to otherwise deprived children and adults, who would not be having even an inkling of or just meager knowledge or education otherwise”.

Slum School has also been featured by numerous Pakistani news outlets, including ARY News, City 41 and Ab Takk News. Now, Rohayl hopes to spread this concept further around the country and encourage other people to take part as well.

When asked about how he supports his venture and how should people contact him if they want to contribute, he said that there are no permanent donors. Moreover, he doesn’t take cash donations from anyone and would prefer if people buy a board and a market themselves and start teaching unprivileged kids around them, like their maids, the security guards, their children, and so on. 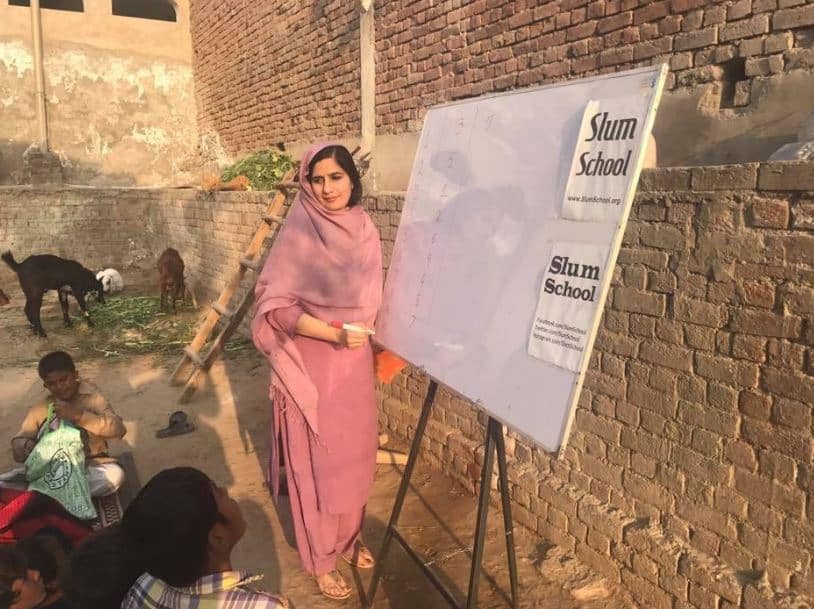 There are hundreds, if not thousands, of people like this budding activist who are working for the good of the community in their own special ways. A lot of them are left with their stories untold, and spend their life working from the shadows. We can’t feature all of them, so our purpose is not to just to glorify them, but to use their stories to promote and encourage other people to also follow their examples.