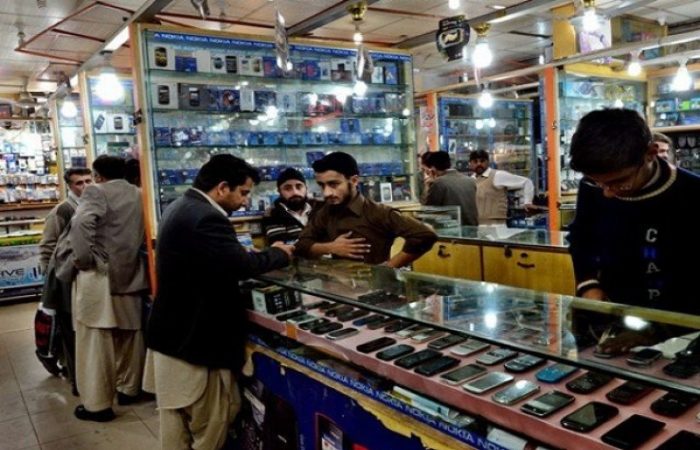 Acting on a tip off, Sindh Police conducted a raid on Monday in the Saddar area of Karachi, arresting two shopkeepers who sold stolen mobiles.

The shopkeepers that were arrested were allegedly in the business of changing the IMEIs of snatched and blocked phones for a mere amount of Rs. 3,000 that were later sold in the market.

According to the Senior Superintendent of Police (SSP), Farooq Awan, the raiding team was able to detain two shopkeepers and seized multiple devices from their custody.

The arrested persons include Mohammad Waqas of Canan Communication in Al-Haroon Market and Danish of Qawaswa Communications in Coins Code Market. Awan also said that the shopkeepers were in contact with some street criminals who were responsible in snatching phones and having the IMEI changed from these shops.

They are facilitators of criminals and cases under the Anti-Terrorism Act (ATC) will be registered against them  – Farooq Awan, Senior Superintendent of Police

In order to catch the culprits red-handed, Awan said that the department sent out 5 policemen in plainclothes, acting as regular customers to the market in order to nab the culprits. He added that many shopkeepers were willing to unblock all blocked mobile phones.

Putting An End to Mobile Snatching

Chairman of Electronics Market Association, Rizwan, said that such type of illegal work in the market will not be supported and that he will stand by the police in this good work.

Such raids can be used to stop more street crimes. These raids will give be able to give a clear message to the shopkeepers that those involved in the activities of changing IMEIs and other illegal activities shall be bought to justice.

Ultimately, when shopkeepers who are involved in such activities are either be stopped or arrested, it stands to reason that street crimes such as mobile snatching will automatically decline.

The Sindh Chief Minister, Murad Ali Shah, has also ordered a crackdown against the sale and purchase of second hand Mobile Phones available in the market.

The CM said that he was not happy with the statistics he was presented with of the rising spate of street crimes in the cabinet meeting.

The timely decision came after an increase in street crimes in Karachi was witnessed in the recent months. The Sindh Police was also instructed to deploy 10,000 additional police personnel in the city streets to control the number of street crimes and also boost security arrangements.