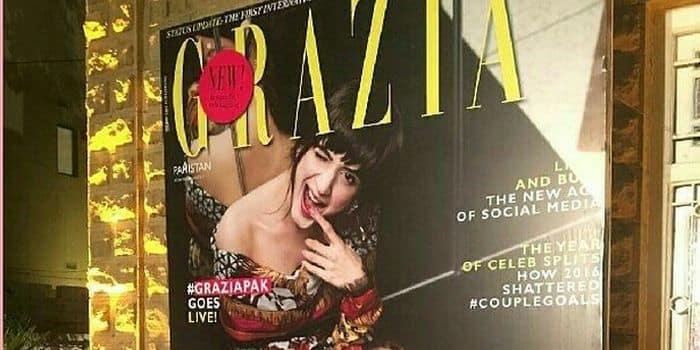 Italy’s glossy style magazine, Grazia, will start publishing in Pakistan as the country’s exponentially growing fashion industry strives for a place on the world stage.

GraziaPak had an enormous launch event on Monday it trended with the hashtag of #Graziapak on Instagram and Twitter. The event was attended by famous Pakistani celebrities and fashion icons.

Issue-1 of the magazine will go on sale this month, Saif Publishing confirmed, with plans to increase the initial run of 20,000 copies by two times within the next six months.

“Pakistan’s middle class as well as the fashion industry is booming and Grazia is going to provide an amazing platform to nurture this growth,” said Zahraa Saifullah, the editor and publisher of the magazine, at a press conference in financial hub Karachi.

Pakistani fashion designers have been struggling to develop the local market which experts estimate accounts for $200 million in revenue. However, the numbers are completely undocumented.

Lollywood and its fashion industry started with just a handful of designers and models in the early 1990s and is now a gigantic group of talented folks. Its leading figures are already a gossip column and magazine staples, for magazine’s like, Hello!, which launched a Pakistan edition in 2012.

“Ninety percent of Grazia’s content would be local style”, Saifullah said, adding: “We plan to show the fun, creative side of Pakistani fashion to the world.”

The original Italian edition of Grazia first came out in market in 1938. The world famous magazine is now being sold in more than a dozen countries, including the US, France, Germany, Spain, Britain and India.