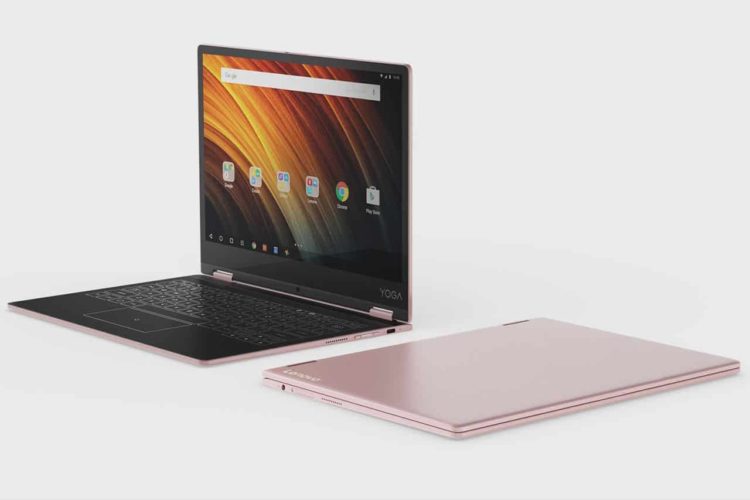 The Chromebook/Android tablet market is not the place to find the most sophisticated of systems but at least companies like Lenovo are trying to change that. Its new Yoga A12 2-in-1 is essentially a cheaper, Android alternative to the Yoga Book which was released to lukewarm reception last year.

The tablet comes with a 12.2-inch touchscreen panel. The resolution, which is only 1200 x 800, will disappoint a lot of people though. It runs on Android 6.0.1 Marshmallow, which isn’t the latest but will get the job done. There are no options for Windows 10 or Chrome OS.

It can multitask with up to 3 different app panes on the screen at the same time. This is thanks to Lenovo’s UI for the A12.

An upgrade for the OS is reportedly being planned but don’t expect anything big. This is due to the aging Intel chip inside the A12 which would require Lenovo to build a custom version of Android 7.0. All other devices using the this processor are stuck on Android 5.0 or 6.0.

Under the hood, you’ll get an Intel Atom X5 Cherry Trail processor. The successor for the Cherry Trail series has already been announced with the new Apollo Lake line. With it is 2 GB of RAM and 32 GB of storage. The battery life is stated to last 13 hours.

The obvious star here is the “Halo” touch keyboard, which is attached to the tablet with a 360-degree hinge. 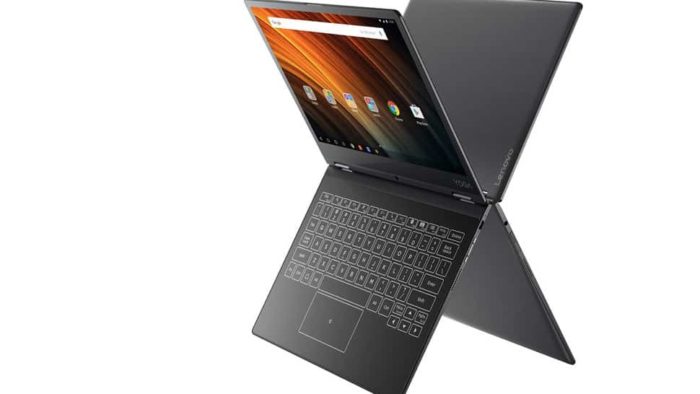 Yes this is the same keyboard featured in the Yoga Book. The keyboard will surely take some time getting used to. Sadly, pen-input has been left out of this one.

Connectivity options include USB Type-C, USB 2.0, Wi-Fi and Bluetooth 4.1. It tips the scales at 2.2 lbs rather than 1.5 lbs of the original version. Color options available include Rose Gold and Gunmetal Grey.

The Yoga A12 starts at $299, not exactly an awful deal if you are all for the touch keyboard idea. But even for an occupied market, the tablet will be facing a lot of competition.