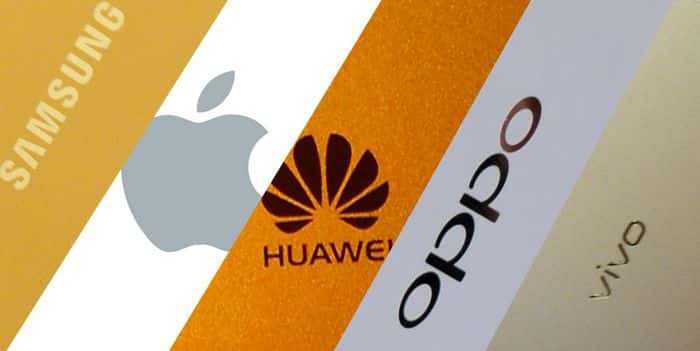 It’s really common to hear about the talk of the smartphone market getting saturated and this was perhaps more apparent than ever last quarter with Apple managing to edge Samsung in terms of sales for the first time in two years.

According to Gartner, which calls the difference between the top two companies as the narrowest it has ever been. Apple managed to beat Samsung to the top spot by just 256,000 units. The US-based company managed to attain a 17.9 percent share of the market, or 77 million phones, compared to Samsung at 17.8 percent. 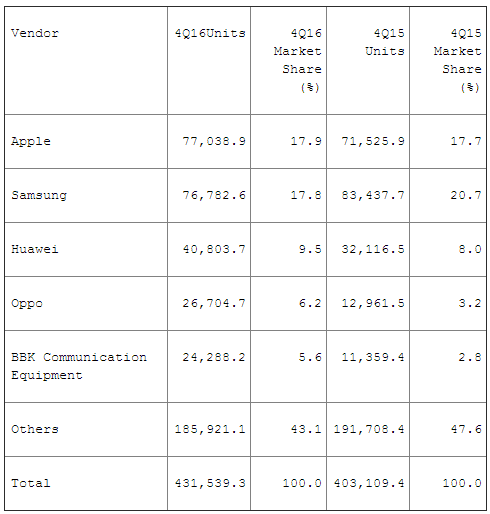 The last time this happened was with the introduction of the first ever large-screen iPhone 6 and 6 Plus models. Samsung still reigned supreme overall with sales of 306.4 million units (20.5 percent), despite the disastrous launch of its Note 7 flagship, compared to Apple’s 216.06 million units. The industry itself grew by 5 percent to a total of 1.5 billion smartphones in 2016.

However, perhaps the star of the entire report, unsurprisingly, was Huawei, which saw its sales increase by 26.7 percent overall for the year, compared to Apple and Samsung, both of which saw sales decline.

The rapidly-rising Chinese maker saw sales of 40.8 million smartphones in the last quarter, helping further narrow the lead to the big two. Oppo followed next with 26.7 million in sales, followed by the virtually unknown BBK Communication, which owns brands such as Oppo, Vivo and OnePlus and is the largest phone brand in China now.