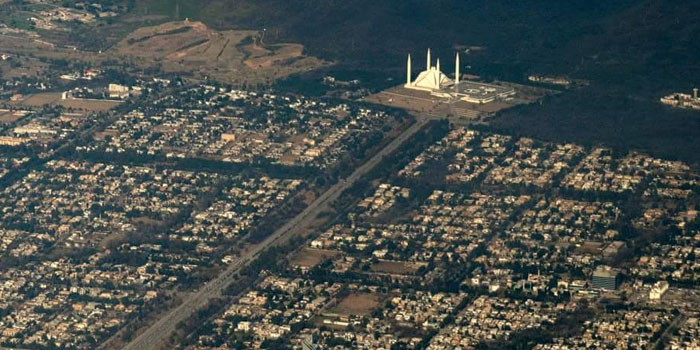 Decision for building of CPEC Tower in Islamabad city has been reached. The tower will be the tallest building in the city and will serve as a symbol of socioeconomic progress that Pakistan is scoring across all the fronts, said a press statement.

Minister for Planning, Development and Reforms (PD&R), Ahsan Iqbal noted that the iconic tower will attract investors and will serve as a symbol of branding Pak-China Friendship.

The decision was taken in a meeting chaired by Minister Ahsan Iqbal at Planning Commission in Islamabad on Monday. Senior officials from the PD&R, other line ministries and departments attended the meeting.

A high level committee, to be headed by Malik Ahmed Khan, Member Infrastructure, PD & R, was constituted that will work on the proposed CPEC tower.

While speaking on the occasion, Ahsan Iqbal laid down the tasks for the committee. Directions were given to conduct a feasibility study after identifying a suitable site. It was further directed to acquire the land in the light of feasibility study.

Mr. Iqbal said that the initiative will provide facilitation to Chinese and other investors from around the world. He further said that the tallest building would help in image building of Islamabad as a sustainable and vibrant city thriving upon entrepreneurship, science and technology, research and development, finance and culture.

“CPEC tower would be equipped with state of the art hotel, office spaces, commercial spaces and modern facilities”the minister said.