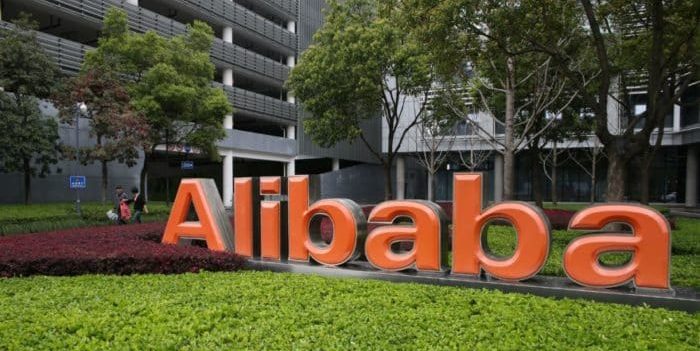 Pakistan’s e-commerce sector is growing at a rapid pace thanks to the changing consumer attitudes and ever-increasing number of broadband and mobile internet users throughout the country. Several companies have popped up over the years and now have a stronghold over the market and more newcomers seem to launch every day.

Despite the competition, Pakistan’s e-commerce sector can’t be called reliable and stable. The standard is just not that high, the payment process is just not that simple and the consumer protection system just isn’t reliable. Not to mention that most e-commerce companies have limited reach in the country and sub-urban and rural areas are still to learn about and enjoy the benefits of e-commerce in Pakistan.

We recently reported that Alibaba officials were in Islamabad and Ishaq Dar, Minister of Finance, was trying to convince them by throwing in numbers regarding Pakistan’s recent growth in IT and e-commerce. There is also word going around regarding a Daraz.pk buyout being considered by the Alibaba group and they might be willing to pay around $150 million for that.

However, we take another look at why Alibaba should come to Pakistan and how it would benefit the Pakistani e-commerce market.

Alibaba is the largest e-commerce player in the world. It has customers from all around the world and caters to both wholesalers, through Alibaba.com, and regular customers, through Aliexpress.com, Taobao.com and Tmall.com.

It has hundreds of millions of users and millions of merchants use it as platform to retail their products online. Both buyers and sellers get the reliability and mediation required from such a platform, which has resulted in making Alibaba group such a success.

Last year, Alibaba’s online transactions were valued at $248 billion which is higher than the combined transactions carried out through eBay and Amazon. Alibaba itself is valued at around $215 billion.

It is said that Alibaba has played a crucial role in the upbringing and maturity of the e-commerce industry worldwide and even more so in China, its home country. With its popularity, use of internet increased in the country and opened doors to a flourishing manufacturing industry in China.

Currently, Alibaba controls nearly 80% of China’s online shopping market, a small feat by no means considering that China is the biggest online market on the planet.

Alibaba’s Potential to Disrupt the Market

Pakistani e-commerce stores have had years to take over the market by providing superior services but have continuously failed to do so. Daraz entered the market and offered a feature set that would be par for the course anywhere else in the world and still managed to take over a major chunk of the market.

If that is any indication, an experienced e-commerce giant like Alibaba would have no issues in disrupting the market by offering international standard services, product reliability and consumer/seller protection services.

No other e-commerce store currently offers services which are even similar to say Aliexpress or Amazon, hence Aliexpress still gets huge number of orders from Pakistan despite postal and payment issues.

While Pakistan’s e-commerce started slowly, the launch of 3G/4G services brought a major boost to the sector. In recent years we have seen Black Friday, Cyber Monday, GOSF, Eid, Independence and even new year’s sales.

What has been astonishing is the consumer attention such online retail events got. Millions of Pakistani consumers took to the online stores in hopes of finding good deals and the response has almost always been so overwhelming that e-retailers have trouble handling such huge amounts of traffic.

Most online stores in Pakistan currently operate through cash-on-delivery services. Despite the popularity of branchless and mobile banking, people have found failed to trust online payment methods even when they have the choice of one.

Pakistani market has a huge potential for an e-payment service to launch and take over the market. A similar issue was faced by the Indian market a few years ago, but PayTM solved that and now boasts hundreds of millions of users and holds a major share in the country’s online payment services market.

Pakistani banks are reluctant to offer such services with fears that consumers aren’t mature enough to protect themselves while in reality, it’s the banking institutions which lack the proper security protocols and insurance policies to offer proper consumer protection.

Alibaba is experienced in this sector and owns Alipay, one of the most popular e-payment solutions. It is not so different from what eBay and PayPal have and that synergy has actually helped both eBay and PayPal as separate entities.

With regards to Pakistan, Alibaba has a golden opportunity to take over the e-payment market when it enters the e-commerce scene. Having its own default payment solution with the potential to take over Pakistan’s e-commerce sector go hand-in-hand.

For now, it seems that Alibaba is the only company which can ensure people’s trust in online payment solutions and is the only one which do it the right way.

Developed markets are already pretty saturated. US, Europe and the rest of the developed world has its own e-retailers which have established their brands and such markets are very competitive for newcomers.

On the other hand markets like Pakistan, which have huge consumer potential and are still in the developing stages, are just the right place for e-commerce giants like Alibaba to expand to.

Being classed as one of the fastest growing markets, Pakistan is ripe for a retail giant like Alibaba or even Amazon to enter.

While the word is still out on whether Alibaba plans to enter Pakistani market or if it plans on acquiring Daraz.pk or even it is just trying to gauge the market situation, Pakistani market and Alibaba could both benefit from the experienced online e-commerce giant’s entry.

Pakistani consumers are ready to jump at the next best e-commerce store if it offers them the quality, reliability and security that the current crop of e-retailers are missing.