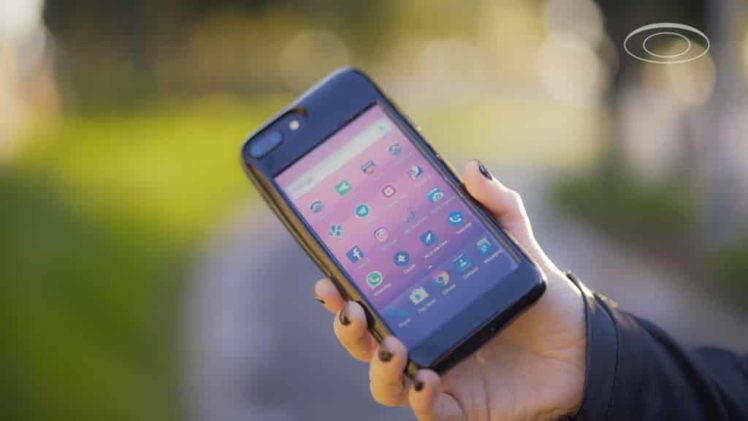 We all have invariably wished of getting both iOS and Android devices in a single place but have always come out disappointed. Finally we have a solution though, which has taken the concept of the two devices near to each other quite literally to heart.

The Eye is a new case currently attempting to get funded through Kickstarter with a goal of $95,000. The concept is exactly what you’d expect it to be, attaching a second phone to the back of the iPhone 6, 6s or 7, or their Plus models.

Of course its a makeshift solution and not a tried and tested one. The display of the Eye is a 5″ AMOLED panel with 1920 x 1080 resolution which is ironically larger and better than the iPhone’s.

The OS for this pseudo phone is Android 7.1 Nougat. On the connectivity side you get a headphone jack (good news for iPhone 7 users), NFC, dual-SIM (another great feature missing on the iPhones), as well as a microSD slot. The case will be powered by a 2,800 mAh battery.

It depends on the iPhone for its camera, microphone and speakers, shedding some more weight in the process. The rest of the specifications were not shared other than having a “powerful chipset”.

The Kickstarter campaign for the Eye case has exceeded the goal of $95,000 and is currently standing at $99,000.

If you don’t mind the extra bulk then the case will undoubtedly add useful features to the otherwise svelte iPhone.

Given the number of half-completed projects on Kickstarter, potential backers are advised to tread safely.