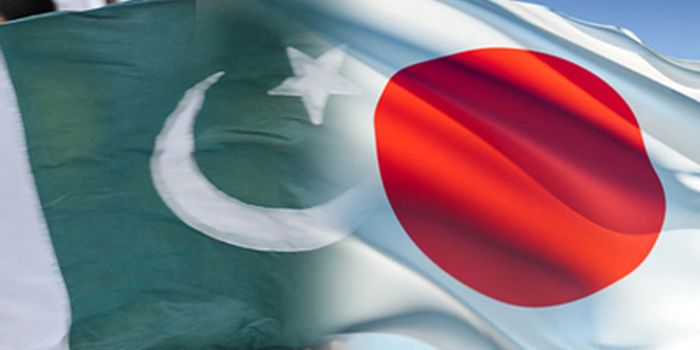 The National University of Modern Languages (NUML) has received a grant from Japan for the improvement of the Japanese language department of the university.

A sum of Rs. 8.7 million was given to NUML for obtaining new equipment and improving the learning environment. For this purpose, an agreement was signed between the Japanese Embassy’s In-charge of Affairs Junya Matsuura and NUML Rector Major General (retired) Ziauddin Najam. 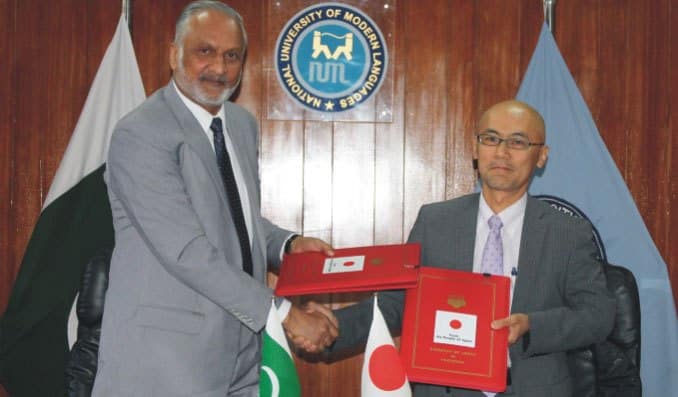 The university was given this grant under the “Grant Assistance for Cultural Grassroots Projects”.

The equipment procured for the Japanese language department at NUML would include:

Mr. Junya said while speaking at the signing ceremony for the grant, that developing educational facilities is one of the top priorities of the Japanese government.

He added that the year 2017 also marks the 65th Anniversary since the establishment of diplomatic relations between Pakistan and Japan. He further said that this would help strengthen the relationship between the respective governments of the two countries, hoping that the grant would benefit the students learning Japanese at NUML.

NUML Rector, Maj Gen Najam, mentioned that 25 oriental and occidental languages are taught at the university. Adding that the students hold a deep level of respect for the Japanese language and that the grant would help promote the language further.

Earlier the Japanese government offered a grant for the improvement of airport security in Pakistan. The grant was provided to the Civil Aviation Authority  and would be used to install a facial recognition system at airports across Pakistan.

We are yet to see any of our airports getting the new facial recognition system though.