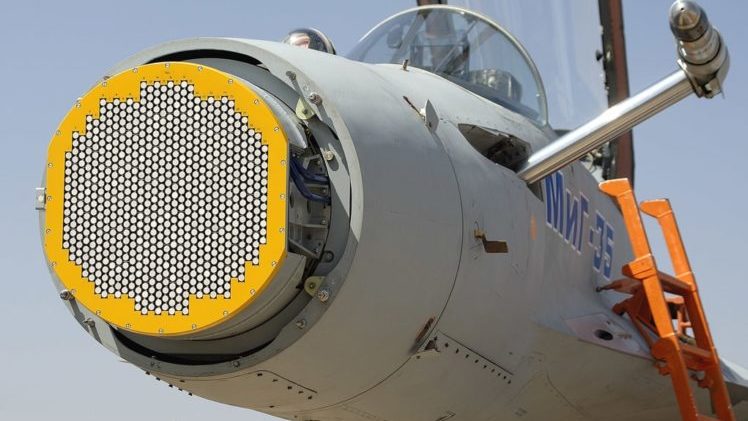 What is An AESA Radar?

AESA stands for “Active Electronically Scanned Array”, a type of radar that can avoid jamming measures used by the enemy.

The legacy pulse-doppler radars in use today commonly, can be easily jammed. The AESA radars however, use several transceiver modules. each with their own frequency and radio signals to counter jamming effects. In simpler terms, the AESA radars consist of several mini radars that make them harder to jam.

Because of this the AESA radars are difficult to jam with traditional digital radio frequency memory (DRFM) based jammers which focus on and jam a single frequency.

PAF is planning to include AESA radars in the upcoming  JF-17 Block-III fighter plane.

They have chosen two candidates for installing the AESA radars on the fighter planes:

It is unclear whether PAF will obtain AESA radar technology via transfer of technology agreements or will produce both locally, although the KLJ-7A is listed among the systems that the Air Force produces.

Local Production is The Best Option

Producing these AESA radars locally is a good and potentially lucrative option. This is because the transceiver modules used in these radars have other applications as well, e.g. as synthetic aperture radars for ground mapping.

This would not only benefit the PAF, but can also help the Army and the Navy. If Pakistan can produce the AESA radars locally it would also provide employment opportunities for locals.

There is a dire need to invest in organic research and development to develop these radars locally. Kamra Aviation City can prove to be useful here for AESA radars and the next generation fighter program.

PAF Chief of Staff is adamant that technologies should be produced domestically saying that supply-side independence is the end goal here.