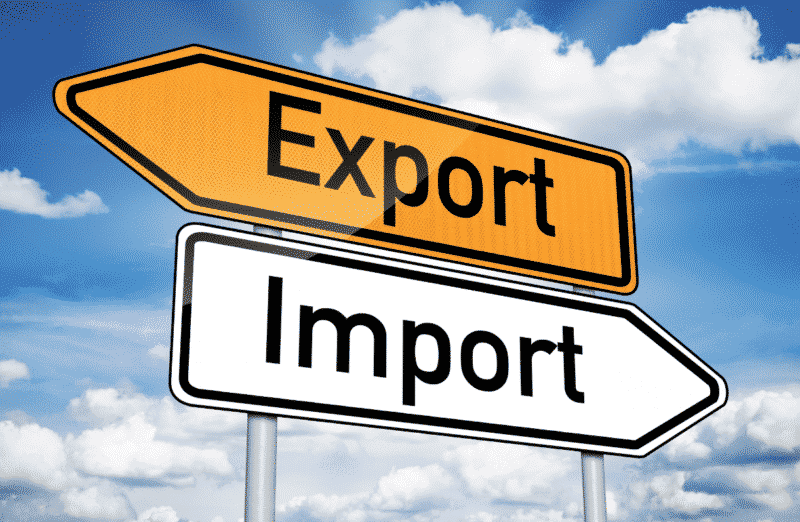 Pakistan’s current account deficit has widened by over 120 percent in the July-February period of the fiscal year 2016-17, according to data released by the State Bank of Pakistan (SBP).

The current account deficit has surged to $5.473 billion during the first eight months of the current fiscal year, up from $2.482 billion at the same time in the previous fiscal year.

A considerable current account deficit such as this has several negative implications, including putting the exchange rate under pressure and lowering investor confidence. It also implies that the country is a net borrower from the rest of the world, depending on foreign funds to fulfill is domestic requirements.

The current account balance is largely influenced by the difference between a country’s exports and its imports. A sharp increase in the deficit indicates that imports have risen considerably relative to exports. Indeed, Pakistan’s imports have risen significantly by 11.25 percent as compared to the corresponding eight-month period of 2015-16 – from $26.47 billion to $29.45 billion; exports, in contrast, have actually decreased by 2 percent – from $14.34 billion to $14.05 billion. 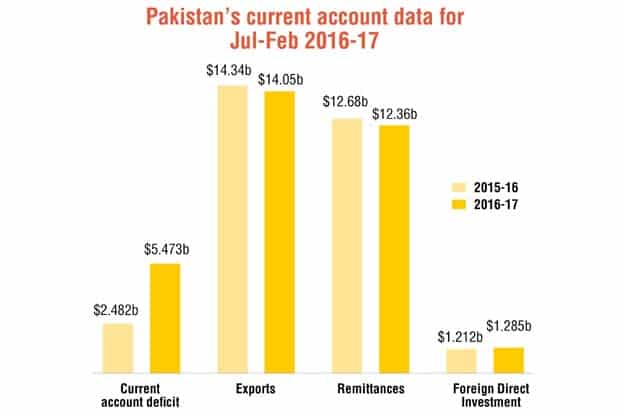 Not a Cause for Worry

The sharp increase in imports, however, may not be a cause for major worry, according to experts. SBP Governor Ashraf Mahmood Wathra, at a recent press conference, pointed out that imports included $6 billion of capital goods, which would eventually increase the country’s industrial capacity and help exports flourish.

Imports are partly rising due to the increased economic activity as part of China-Pakistan Economic Corridor (CPEC). The construction projects under the CPEC require heavy machinery that has to be imported. Experts have also pointed out that the economy is currently being led by investments rather than consumption – indicating a future trend of reduced imports as the country becomes more self-sufficient.

A fall in worker remittances may still be an area of concern as these make up almost half of the import bill of Pakistan. Remittances amount to $12.36 billion in the July-February period of 2016-17, down 2.52 percent from the same period of the previous fiscal year, when they totaled $12.68 billion. Remittances from Saudi Arabia, United Arab Emirates, and United States declined 6.8 percent, 1.6 percent, and 2.5 percent, respectively, over the eight-month period. Reduced fiscal spending in the Gulf States, due to low oil prices, has recently resulted in job losses there, thus reducing the disposable income of Pakistani expatriates in the region.