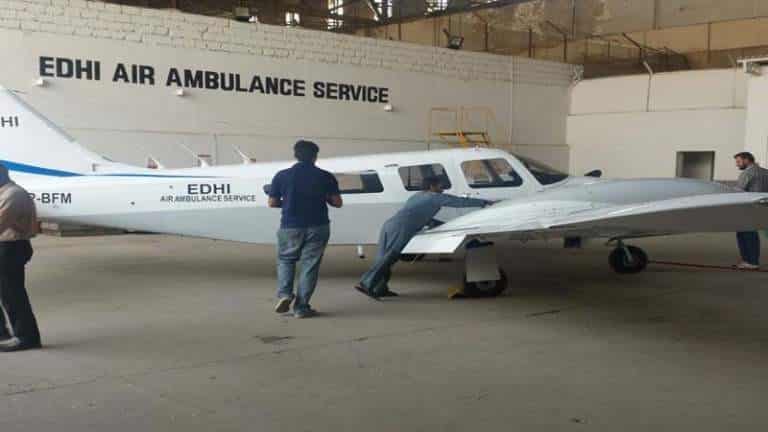 Did any of you know that aside from having road ambulances, Abdul Sattar Edhi, the late philanthropist and humanitarian, had also started an air ambulance service?

We couldn’t blame you if this is news to you. The late Abdul Sattar Edhi did have air ambulances but the service was discontinued in the late 80s. Now Faisal Edhi, his son, is restarting this service in the country to be able to help people in remote regions who need faster access to healthcare services in the case of emergencies and catastrophes.

Air Ambulances to Be Reintroduced

Talking to the media, Faisal Edhi has stated that the Edhi Foundation already owns a six-seater Piper Seneca aircraft. With the resumption of the air ambulance service, the Foundation plans to buy more aircraft to be able to get to more people.

The aircraft in question has been stationed at the Karachi airport for twenty-three years now by the charity foundation. However, it has not remained idle for all those years – around fifteen years ago at a train accident in Khanewal, the aircraft was sent for rescue missions according to Faisal Edhi, the current head of the foundation.

The aircraft was recently used for a test flight to make sure it is in working condition. However, this had not been approved by the Civil Aviation Authority (CAA) but Faisal Edhi hoped that the Edhi Foundation would soon be cleared and given approval for this work soon.

He went on to emphasize that the services will definitely be resumed soon. A large amount is being spent on the repair and maintenance of the aircraft with the foundation also hiring a pilot and making a team for the rescue missions.

Faisal Edhi Is a Trained Pilot as Well

Further, Faisal also claimed that he himself was, in fact, a trained pilot. He had attended a flying school back in England in 2001 and completed forty hours of flying with a trainer and two hours of solo flight during the training program.

However, he was unable to complete the course as his adoptive father Abdul Sattar Edhi had been invited to the United Nations. He wanted Faisal back in Pakistan to be able to represent him there. After that other obstacles came in his path and he could no longer pursue his interest. But Faisal Edhi has promised to complete at least this course in the country or abroad depending on where he gets the chance.

As for the services they want to restart here, Faisal Edhi has revealed that the foundation is planning to buy a fourteen-seater plane to help with rescue missions.