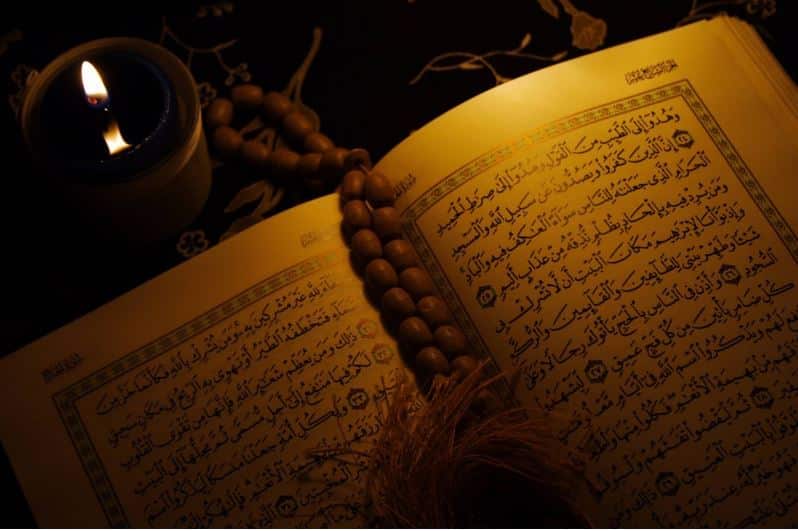 The Holy Book of Quran is held above all others by Muslims all around the world. It is only relevant that there must be an online version of the book, fitting of its stature, that anyone could access.

Bilal Memon, a Hafiz-e-Quran and an entrepreneur, formed Quran Academy, a startup focused on helping Muslims around the world better connect with Quran using technology-based resources.

Quran Reader is an online version of the Holy Book of Quran. It requires no fee or even log-in of any kind. All you have to do is head over to the Reader and it will give you a neatly organized list of all the Surahs in Quran. Alternatively, you can also sort it in the order of Juz.

The first thing you will notice when you open it is how elegantly the whole thing is designed. It is also incredibly easy to understand and use. There are a lot of e-versions of Quran available to read online, but this is by far one of the most well-designed ones I have come across.

It also has some really useful features up its sleeve, like the ability to translate in 4 languages, switching between Aayah or Page View, tweaking font size, etc. There is even an option to switch between Urdu or Madina script.

You can listen to a beautifully-recorded recitation of the whole Quran right from the website. Just switch the “Play Recitation” button to on and an audio player will appear at the bottom of the page.

You can get translations in up to 4 languages; English, Urdu, Russian, and Malay. There are five different versions of the English translations, including Pickthall, Ahmed Ali, Abu Ala Maududi, Hilali & Mohsin Khan, and Saheeh International.

The Transliteration feature helps readers of English language learn how to read and pronounce Arabic script. 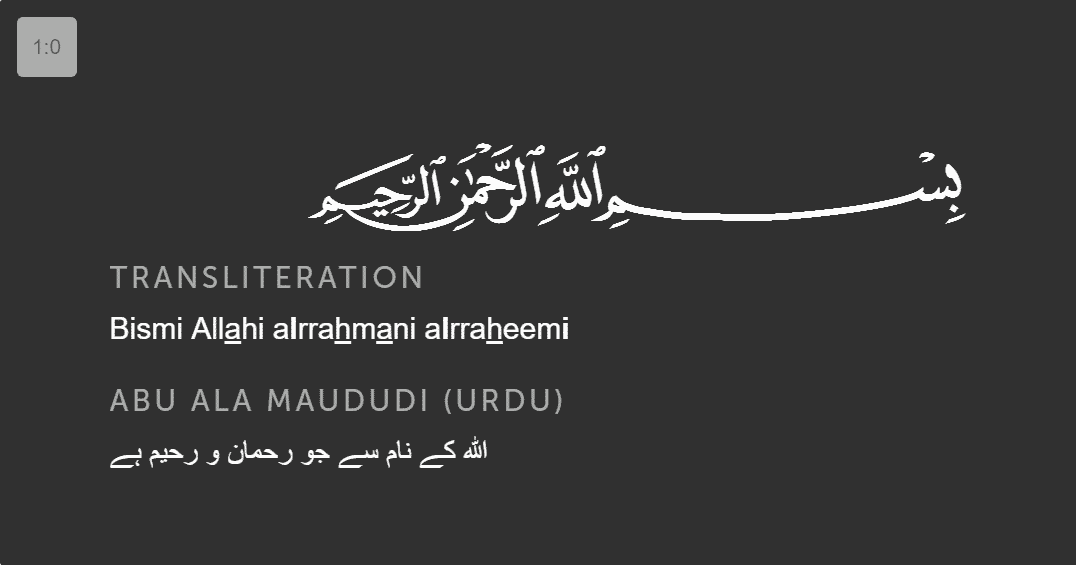 Quran Reader has a sharing tool built-in, which lets you share any Ayah with a serene background image. All you have to do is click on the “Share” button, choose an image, and it will take you to an image editor. There, you can tweak things like the font, text size, color, blur the image, and more. 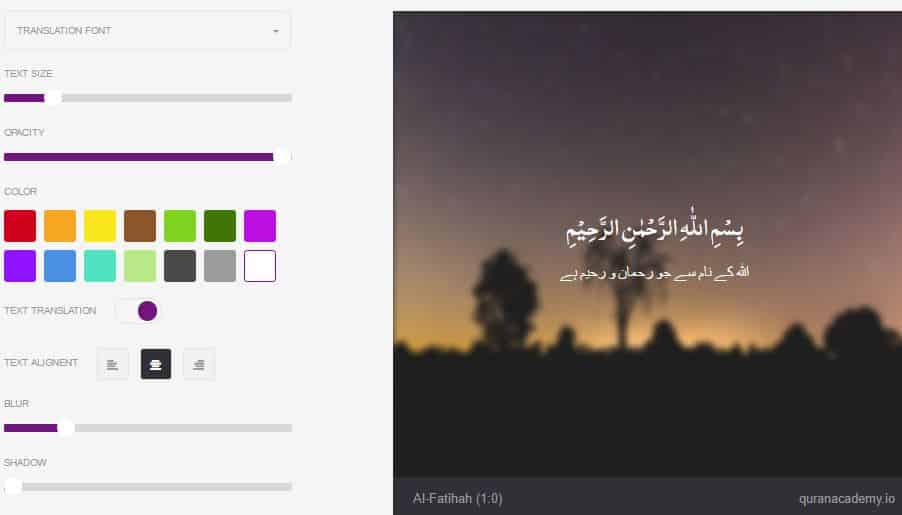 Quran Reader is a great resource for anyone looking to keep up with the Holy Book online. However, it is still limited in terms of features when compared to Quran Companion, the Smartphone app made by Quran Academy. If you want more options, like switching between reciters, translators, you are better off downloading the app.