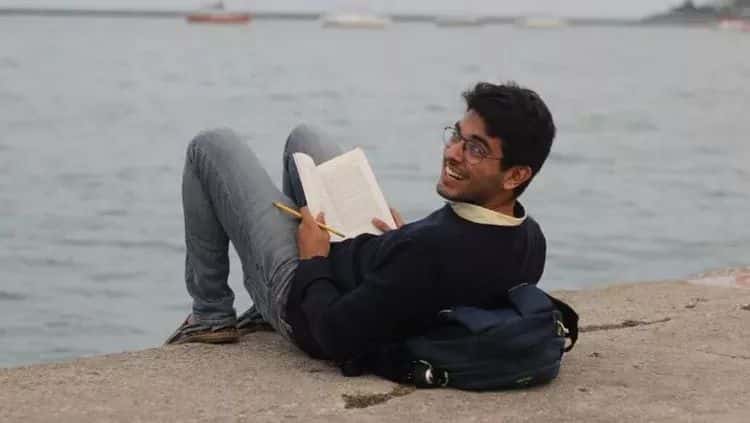 Zia Hussain Shah, 25, had dreamed of studying divinity at a U.S. university since he was in high school. And he managed to get a chance to do exactly that through the Fulbright Scholarship program. However, his dream was cut short when he was stopped from returning to the US to complete his studies.

At the international airport of Karachi, Shah was stopped from boarding the plane headed to Chicago on 4th January even though he had all the required documents.

Shah is still in a state of disbelief since he went through all the necessary clearances last year.

Apparently, Shah had not been informed about the change in his travel status and only found out that he was no longer allowed to travel to the U.S when the border agents refused to allow him to pass, saying that they had received a confidential email directing them to do so.

The incident cannot even be linked to President Donald Trump’s ban on immigration from the seven Muslim-majority countries to the U.S. since it took place before the election. Furthermore, Pakistan isn’t even on the list. Even the US Customs and Border Protection have not commented on the matter.

Shah has previously been in the U.S. on a government-sponsored undergraduate cultural exchange program. In 2014, he was also a cultural ambassador and took courses in Washington.

Zia Shah went on to co-found Ravvish, a project in Pakistan that concentrates on teaching conflict resolution to school children. Bemusingly, it’s even showcased on the U.S. State Department website. 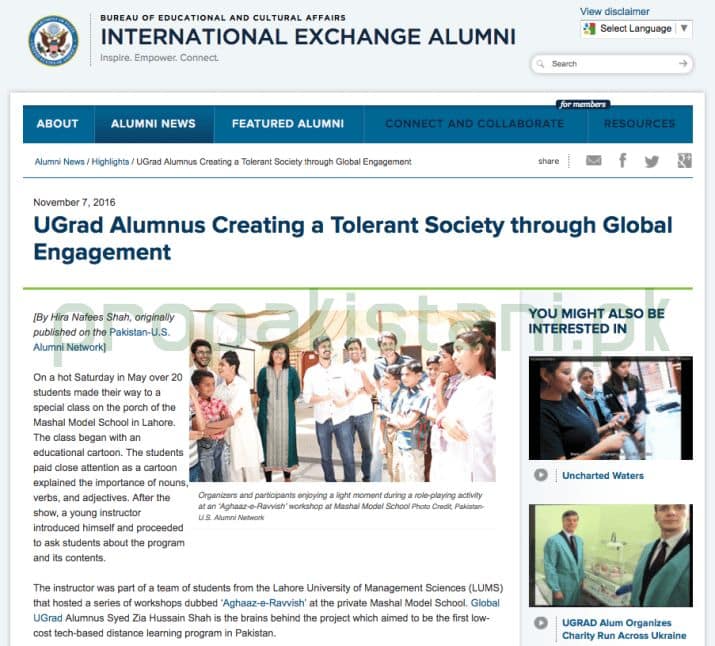 In Shah’s own words: “I work for peace-building and empathy and this doesn’t suit my profile in life to be stopped like this.”

He has also been affected by terrorism personally as he he lost a family member in an attack in 2010.

According to Shah, bringing this matter to light will raise awareness since this is not an isolated incident.

In September of last year, Shah started his postgraduate program at the University of Chicago Divinity School on a state-sponsored J1 visa program. His focus was mainly on early Islamic mysticism.

He had already applied for the program in May 2015 and received an offer. A rigorous one year process for security clearance followed and he finally went to the US in 2016. He was expecting to finish his studies by 2018.

One of his professors who had taught him Quranic Studies praised his “analytical, written and spoken abilities” confirming that he was a good student and he could not see any educational reasons to deny him entry.

Shah received an email from the US Consulate General in Karachi in February saying that they had no new information to give him and that they “recognise that individual applicants may experience inconvenience and his application was taking longer to process than they expected.”

Both the US embassy and the Fulbright scholarship advisers told him that he would have to reapply for a new visa and go for an interview within four to five days. It has been twelve weeks since then and there has been no reply from any US department. Shah has missed more than half his semester and has missed the beginning of the spring quarter which began on 27th March. He is scared that he will have to drop out.

Furthermore, the embassy has also stopped replying to his emails and queries.

He is the only Fulbright scholar studying divinity out of 150 others. It’s a rare enough field as it is specially for a Pakistani and this visa issue might deprive him of this opportunity for good.