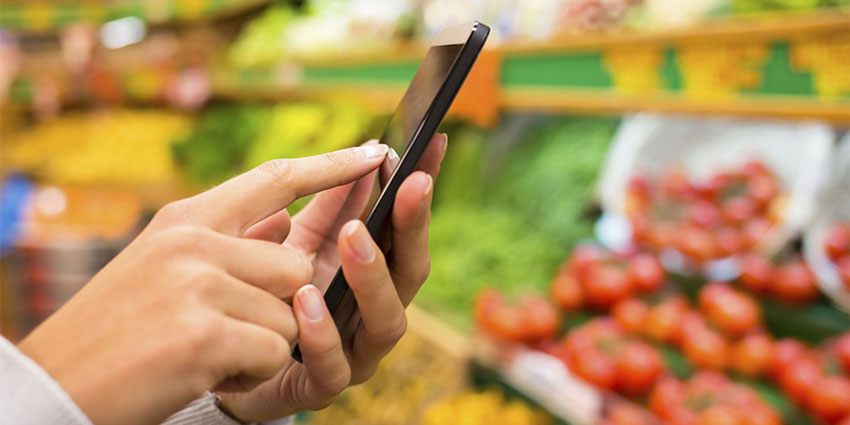 Asian Development Bank (ADB) forecasts that consumer inflation in Pakistan is expected to accelerate to 4.0% in fiscal year 2017 on a rebound in oil prices, higher domestic demand, and expanded government borrowing from the central bank.

Headline inflation averaged 3.8% in the first 7 months of fiscal year 2017, up from 2.3% in the same period last year, with increases for food and other goods. Core inflation, which excludes food and energy, followed the trend and rose by 1.1 percentage points to 5.0%.

The government passed the global oil price increases on to domestic consumers by raising domestic oil prices three times from December 2016 to February 2017, after having kept them low for several months, ADO maintained.

A continued recovery in oil prices will likely accelerate inflation, which is projected to reach 4.8% in fiscal year 2018. The central bank will need to be vigilant and readjust its accommodative monetary policy if inflationary pressures intensify.

The report states that GDP growth is expected to edge up to 5.2 percent in fiscal year 2017 and 5.5 percent in fiscal year 2018, underpinned by higher growth in the major industrial economies. This outlook is supported by better security, macroeconomic stability, and improved economic fundamentals resulting from the continued implementation of government reform under 3-year International Monetary Fund program completed in September 2016, as well as ongoing and planned infrastructure and other investments under an economic corridor project—CPEC.

ADB states that domestic security has improved significantly in recent years, but consolidating these gains will take continued efforts. Reform to boost exports by diversifying products and markets and by adopting more flexible exchange rate policies are needed to maintain external stability. Further, structural reform to the energy sector and state-owned enterprises are required to fully realize investments’ productive potential.

Moreover, the Pakistan Stock Exchange scored the highest price increase in Asia in 2016. Pakistan’s reentry into the MSCI Emerging Market Index, scheduled for May 2017 after a 9-year hiatus, further underlines investor confidence in the economy. In this connection, a consortium of three PRC stock exchanges invested $85 million in December 2016 to acquire 40% of strategic shares in the Pakistan Stock Exchange.

A third consecutive year of falling exports reflects weak global demand and low international commodity prices but also domestic structural issues such as power outages, scant investment in modernization, and currency appreciation in real effective terms, all of which hamper competitiveness. Exports continued to decline, but by only 1.3%, which was much smaller than the 11.7% plunge in the same period of fiscal year 2016.

The government can lend policy support by maintaining macroeconomic stability and addressing structural issues that continue to inhibit exports despite the easing of regulatory constraints on doing business. With national elections scheduled for 2018, the budget to be announced in June 2017 will likely prioritize measures to foster economic expansion.

The forecast for growth in fiscal year 2017 envisages revived agriculture as recovery in cotton and sugarcane off set a forecast decline in the rice crop. The revival is underpinned by special credit facilities, subsidized fertilizer, and improved global commodity prices.

The government announced in January 2017 a support package worth $17 billion for exports of textiles, clothing, and related raw materials. It is expected to revitalize the textile industry, which suffered from a weak cotton crop and frail global demand last year. Stronger growth in industry and agriculture will catalyze activity in the service sector.

According to the report average consumer inflation is expected to accelerate to 4.0% in fiscal year 2017 on a rebound in oil prices, higher domestic demand, and expanded government borrowing from the central bank.

The general government budget deficit is projected to shrink to the equivalent of 3.8% of GDP in fiscal year 2017. This assumes total revenue equaling 15.8% of GDP, based on Federal Board of Revenue tax collection at 10.8% of GDP, and continued expenditure rationalization.

The Bank further states that to achieve the lower deficit, additional measures may be needed in the remaining months of fiscal year 2017 to bridge a revenue shortfall in the first half of the year, though higher imports and the pass-through of higher oil prices to consumers may be sufficient to boost indirect tax revenue. A shortfall in non-tax revenue poses an additional challenge, but it should be mitigated somewhat by expected inflows under the Coalition Support Fund and, if accomplished, the budgeted sale of the 3G spectrum.

Targeted expenditures in fiscal year 2017 equal 19.6% of GDP. Expenditures in the first half were, at 8.3% of GDP, about the same as last year because the government was able to contain current expenditure by curtailing domestic interest payments and spending on other categories including subsidies.

Consolidated federal and provincial development spending was also low in this period at 1.5% of GDP, less than a third of the fiscal year 2017 full year target of 4.7%. Any provincial overspending in the full year, especially infrastructure development that looks ahead to the election, may challenge a key budgetary assumption that the provinces will record a cash surplus of Rs339 billion, equal to 1.0% of GDP.

According to the ADO, the workers’ remittances that critically offset the large trade deficit fell for the first time in 10 years, by 1.9% to $10.9 billion, because of declining expenditures and income in oil-dependent Gulf economies. The trade deficit widened in the first 7 months of fiscal year 2017 by 21.1% to $13 billion as imports accelerated by 9.2%, driven by an 18% increase in investment goods and a 12% rise in oil import payments as prices recovered. Investment goods accounted for 40% of the increase in imports, and oil nearly 30%.

The nominal exchange rate was stable at Rs104.7 to the US dollar in the first 7 months of fiscal year 2017, but the Pakistan rupee continued to appreciate in real effective terms, undermining export competitiveness. The current account balance will likely deteriorate further in fiscal year 2018 to 2.5% of GDP with somewhat higher global oil prices and accelerating infrastructure investments connected with CPEC.

Revived oil prices are likely to improve the prospects for remittances in the medium term as Gulf countries may relax their efforts to consolidate their finances. A significant increase in the current account deficit could pose a risk to official exchange reserves, which peaked at $18.9 billion in October 2016 and then slid by $1.3 billion by February 2017, maintained in the ADB report.

The increased inflows in the financial account from multilateral and bilateral disbursements, along with non-debt inflows in the first 7 months of fiscal year 2017 are providing a cushion for the widening current account deficit. Portfolio investment jumped by more than fourfold to $670 million and foreign direct investment increased to $1.2 billion with investments into dairy, consumer electronics, electric power, and oil and gas.

However, amortization payments on long-term government debt also increased markedly. Expected disbursements from multilateral development partners in the remaining months of the fiscal year will be needed to reverse contraction in the official reserves as of February 2017.

The report further states that economic corridor project CPEC, announced in April 2015 as a $46 billion project, but subsequently increased to $55 billion, it provides for major investments in energy and transport infrastructure.

The project will significantly address Pakistan’s infrastructure deficit caused by annual spending on infrastructure at only 2%–3% of GDP in the past 4 decades.

The government has identified “early harvest” infrastructure projects that will be completed in the next few years. Of these, $21 billion will be on energy projects. These will be financed by foreign direct investment from the PRC supported by borrowing from banks there.

Independent electricity-generating firms will be offered guaranteed tariffs for their sales to distribution companies that will ensure at least 17% return on equity. About $10 billion in investments in transport infrastructure will be financed by a combination of concessional and commercial loans from the Government of the PRC.

The ADO maintained that for Pakistan, CPEC is expected to be a major opportunity to boost growth and development. CPEC is expected to provide many benefits, especially eliminating the power shortages that have held down economic growth in recent years. It will improve connectivity to domestic and international markets and so benefit Pakistan’s lagging regions.