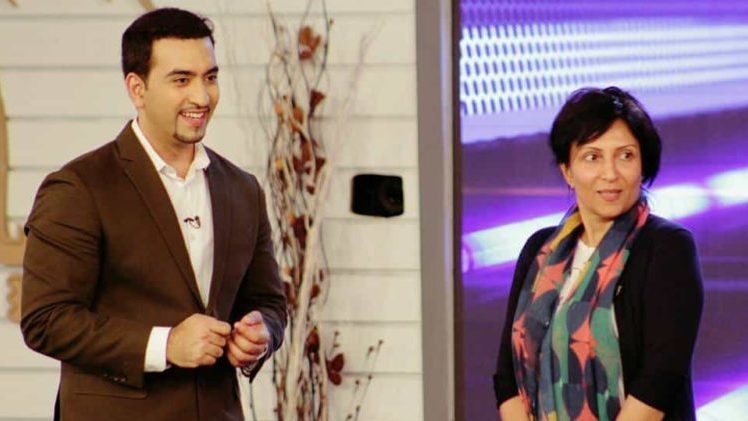 New episode, new entrepreneurs, new investors and new stories. We are ready to watch another super exciting episode of Idea Croron Ka. This Saturday, get ready to witness a new investor on the show.

She is none other than Ms. Asha Jadeja, an angel investor based in Silicon Valley. She invests in for-profit tech, internet and high social impact startups in the Bay Area, New York. Asha and her husband Rajeev Motwani have co-invested in over 100 startups as angels. Rajeev was the founding advisor to Google and the author of Google’s algorithmic architecture.

There is no doubt that Idea Croron Ka has a incredibly interesting mix of investors and it just keeps getting better and better.

We shall also be seeing women entrepreneurs on the show along with another startup run by some young kids with high aspirations. They shall be pitching in front of the panel that includes Ms. Asha Jadeja, Mr. Salim Ghauri, CEO Netsol and Mr. Naeem Zamindar, CEO at Acumen Pakistan.

Dr. Umar Saif as usual will be giving his useful advice to startups on how they should go about the investment scenario.

Idea Croron Ka has been highlighting the real heroes of Pakistan through the Himmat Karo Pakistan and Pakistaneo Kay Heroes segment. They have featured some very inspiring stories of people who have had their fair share of hardships but never gave up. They failed but stood up and fought again.

That is the kind of heroes we all need to look up to. Let’s see what this Saturday has in store for us.

Mr. Nabeel A. Qadeer shall be moderating the discussion. His conceptualization of Idea Croron Ka is paying off through the excellent ratings that the show is getting. With 3 episodes aired there is a long way ahead for Idea Croron Ka and with the support of CMACED and other stake holders, this show is bound to be a game changer.