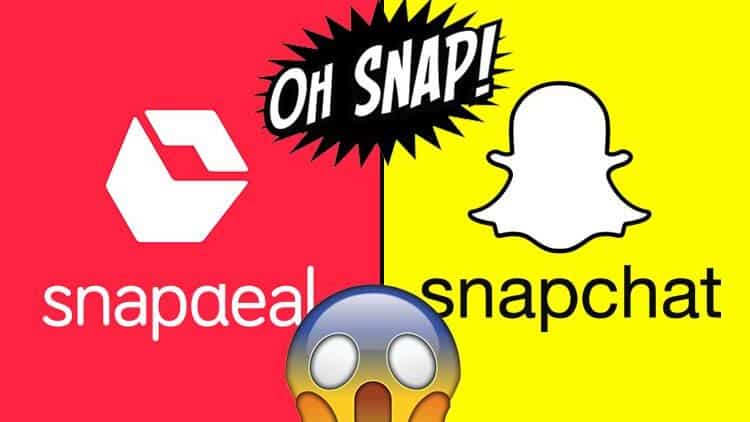 “India is a poor country.”

These words became viral over the weekend and resulted in an outpouring of anger and appeals to nationalism that swept up, seemingly, the whole internet.

A Snapchat employee alleged in a news blog that Snapchat CEO, Evan Spiegel, made a comment in bad taste regarding India when he was told about the app’s slow growth in Indian market. According to the employee, Spiegel said that India was a poor country and his app was only for the rich.

This comment infuriated Indians and led to an organized online protest which culminated in hashtags, petitions, the Snapchat app being uninstalled enmasse and brigaded with thousands (if not millions) of 1-Star rating at the Play Store and the Apple App Store.

Dear @evanspiegel India is not poor, but your mentality is. Wish you speedy recovery get well soon @Snapchat #BoycottSnapchat pic.twitter.com/4hxr4CV6xo

So Acc to Snapchat CEO My India ?? is a Poor Country. Now Mr Evan Spiegel You will turn into Millionaire from Billionaire #uninstallsnapchat

Okay I’m offended by ‘India is a poor country!’ by Snapchat’s CEO. Now I’ll take pictures from Snapchat & upload on my Instagram story.

Snapchat refuted the statement and revealed that the employee who made the allegation, Anthony Pompliano, was fired three weeks prior due to poor performance and is also involved in an active lawsuit with the company. “This is ridiculous. Obviously Snapchat is for everyone! It’s available worldwide to download for free,” said a Snapchat spokesperson.

But, as always, Indians reacted immediately without even considering the name. Unfortunately for an Indian e-commerce store, Snapdeal, it’s name similarity with Snapchat meant it had to face the brunt of the ‘protest’ alongside it.

Indians couldn’t differentiate between Snapchat and Snapdeal, and left 1-star reviews for Snapdeal and calling out its CEO for shaming their country.

Meanwhile, The innocent child got some punishment due to his twin brother. #boycottsnapchat #Snapchat #Snapdeal pic.twitter.com/trFmlPYHJW

Some Indian dumbasses are rating SnapDeal app 1 star instead of SnapChat. #BMKJ pic.twitter.com/ZcXiFqNCRU

This isn’t the first time Snapdeal has suffered the wrath of Indian netizens. In 2015, when the company’s brand ambassador, Aamir Khan, said that he felt India was no longer secure and he wanted to leave the country, Indians organized a massive online protest against Snapdeal even though the company had no relation to the actor’s comments. After investing millions of dollars in the Indian market, the online retailer must be shocked as to why it keeps getting bashed whenever Indians feel insecure.

All is not lost though. While most Indians have been taking out their anger on Snapchat and the unfortunate Snapdeal, some have tried to talk some sense into their fellow countrymen explaining that even if the comment was true, it wasn’t from Snapdeal’s poor CEO.

Majority of Indians instead of deleting and giving 1 star rating to @Snapchat started to delete @snapdeal ?

Boycotting Snapdeal instead of Snapchat is the equivalent of slapping Arbaaz Khan because you’re angry with Roger Federer.

Snapdeal always suffers, first because of aamir khan and now this Snapchat. I feel pity for them ??

There is lot of difference between snapdeal and snapchat…..
wake up guys pic.twitter.com/yOzIlzVyOZ