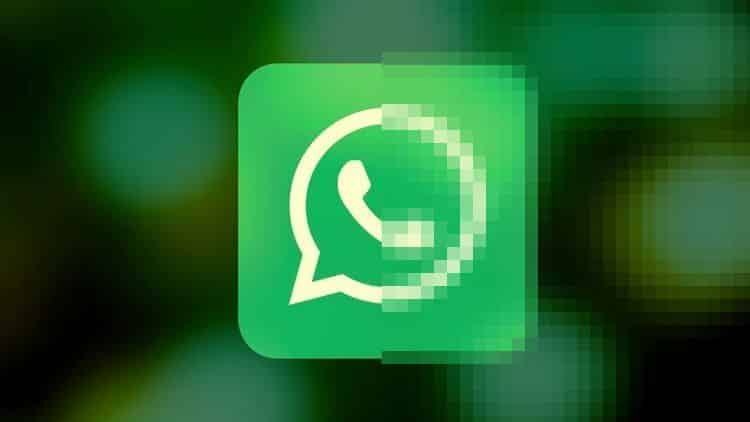 WhatsApp is used by over a billion people worldwide and one of the major reasons behind its success is its ability to send messages instantly. Whether it is photos, videos or anything else, Whatsapp takes seconds to send it all.

The messaging app can do this by compressing content so that file size can be reduced and transferred quickly. Images, sent using the app, are usually compressed such that there is no visible deterioration in quality.

However, that has all changed recently as a recent update has caused an annoying issue which is ruining everyone’s photos. According to reports, users have noticed that photos received over WhatsApp are blurry and pixelated.

Documents sent as images are illegible while all other photos lack sharpness. Received images are literally useless.

The reason behind this is the fact that WhatsApp has downgraded the resolution of any new images that are sent over WhatsApp. Previously, images were reduced to 1024×768 or 1600×900 from the original resolution. The picture quality was decent and most people had no issues with it.

We performed some tests to verify if the claims of poor compression were correct.

Here’s a sample list of images we sent using WhatsApp. The output can be used to identify the resolution of images after compression:

Now here’s a list of files sent before the update (more than a month ago):

In our testing we used images taken with multiple phones and sent it to multiple people.

As you can see from the above results, WhatsApp has reduced the resolution for all images. All images with a 16:9 aspect ratio are shrunk to about 800×450 while all 4:3 images have a maximum resolution of 800×600.

While this has reduced data consumption by half, it has made the transferred images nearly useless.

One point we noticed in our testing is that images which have were received on WhatsApp before the update can be sent and received at the same resolution and quality. A similar trend has been seen with compressed images from online sources.

Read More: WhatsApp VS Telegram: Your Guide to Deciding the Best Messaging App

The new issue is probably related to a change in compression method in WhatsApp. We would advise our readers to avoid sending images with the messaging app and use other means if you want your images to be legible and have decent quality.