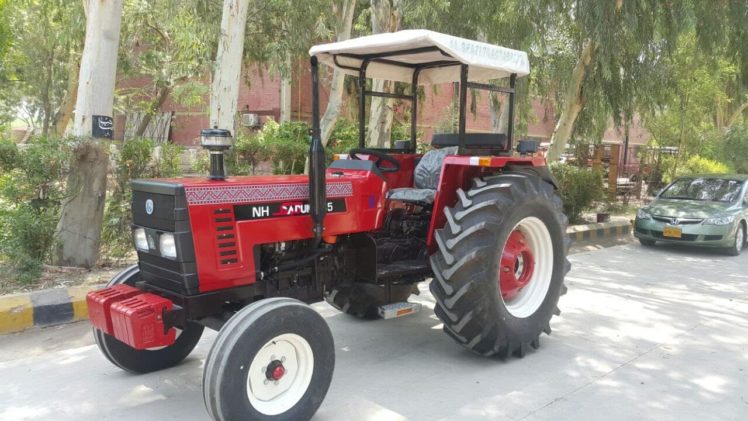 Earnings per share increased to Rs 15.86 from Rs 8.05 this year. Resultantly the script gained +5% and hit the cupper cap limit at the intraday on Tuesday. It is currently being traded at Rs 666.08.

The company’s overall revenue increased to Rs 496 million by end of March 2017.

Rs 12.5 Cash dividend has been announced by the company for the first quarter ended March 31, 2017.

Meanwhile, Other Income saw a sharp decline to Rs 34 million (down by 35%YoY).

Al-Futtaim Motors is the parent company of Al-Ghazi tractors in Pakistan and is the exclusive distributor of Toyota, Lexus, Hino trucks and Toyota Material Handling equipment in the UAE.

Al- Ghazi Tractors Ltd was the first automobile company in Pakistan to earn the IS0-9002 certificate Austerity and primacy of efficiency being settled wisdom at AL-Ghazi, AGTL’s core strategy has been to be the lowest cost producer of the highest quality products.

Its overall production capacity is 30000+ Tractors per annum in a single shift.

It’s famous for its model NH-70-56, which is 85hp, 4 Cylinder quality tractor, with Hydrostatic Power and Model NH Dabung 85, which is most successful on sugarcane haulage & commercial use.